Frank Glover, Politico (Owl Studios)
Indianapolis-based clarinetist Frank Glover released Politico locally in 2005 and it is for our benefit that Owl Studios is providing nation

al distribution of this splendid work. It showcases both Glover’s intriguing, modern approach to the clarinet, as well as his skillful writing for small bands, and on several tracks, string orchestra or jazz orchestra. Pianist Steve Allee, bassist Jack Helsley and drummer Bryson Kern join Glover as the core of the project. I’m particularly fond of “The Last Blue Tang” and Glover’s three-part “Concierto Para Quarteto” though there is much more here to enjoy. 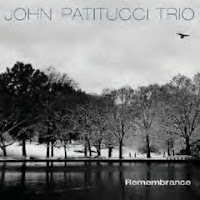 ombined empathy, intimacy and individual prowess sparkles - particularly on “Meditations,” “Mali,” ”Safari” and “Joe Hen.” The title track is an overdubbed solo electric bass coda that reverentially pays tribute to Michael Brecker as it winds down a project celebrating the impact of jazz greats who have impacted his music (including Monk, Trane, Joe Henderson, Sonny Rollins and Freddie Hubbard). There are also guest performances by the leader's wife Sachi Patitucci on cello and percussionist Rogerio Boccato. This is an August 4 release.

Spencer Day, Vagabond (Concord Jazz)
Singer-pianist Spencer Day’s genre-busting talents may serve him well, particularly his artful compositions and clever lyrics, which are at the core of his recordings and performances. This young West Coast 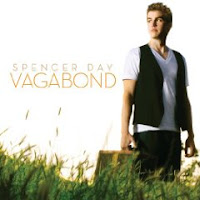 er emerged last year on the jazz scene, and plays spirited piano when he lets his band stretch out a bit. Unfortunately, we don’t get to hear much of that on this project. We do get to savor the writing and composition skills and his appealing vocals. My favorites here among the 14 tracks are “Vagabond,” “Little Soldier” and “Til You Come to Me.” This young balladeer appears quite comfortable straddling the nearly invisible line between cabaret and musical theater. Might we have a viable young successor to Billy Joel? This is a September 8 release.

Roberta Gambarini, So in Love (Groovin’ High/Emarcy)
It’s been three long years since singer Roberta Gambarini wowed the jazz world with her Grammy-nominated debut recording Easy to Love. That time span between recordings as a leader makes this new 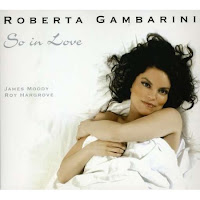 project most welcome, as I always felt she was performing too much “same material” over the past seven years, no matter how artful and beautiful. So in Love adds a lot of fresh covers of jazz and American Songbook material. Personal favorites: “Get Out of Town,” “Estate” in her native Italian, Willie Nelson’s “Crazy” (which she slows to savor the meaning in every syllable), a beautiful Lennon/McCartney medley (“Golden Slumbers” segueing into “Here, There and Everywhere”) and Cole Porter’s “From This Moment On.” She also adds her own lyrics to Johnny Griffin’s bluesy “You Ain’t Nothing But a JAMF.” The many project collaborators include trumpeter Roy Hargrove, saxophonist James Moody and pianist Tamir Hendelman, This is another winner from pianist Hank Jones’s frequent collaborator/favorite contemporary vocalist. This is an August 25 release.
(Full disclosure: I wrote the liner notes for Easy to Love.)

Posted by Ken Franckling at 8:12 PM