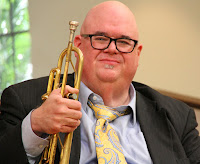 Saving the best for last

The 2022 edition of the Newport Jazz Festival is now in the history books. And what a chapter it wrote. It had the usual smorgasbord of jazz and other things, with R&B and hip-hop-laced acts sprinkled among the jazz offerings to help attract younger listeners.

But the jazz was plentiful – and the three-day festival at Fort Adams State Park an exhausting whirlwind for someone dashing from photo pit to photo pit. Between Friday’s opening and Sunday’s grand, grand, grand finale, there were 54 acts on the three stages from July 29-31. And that total doesn’t include the 10 less formal mini-acts presented under a pop-up tent called the Foundation Stage during main stage (Fort Stage) changeovers.

For this writer-photographer, it was a chance to hear a lot of fresh faces at Newport. They included young trumpeter Giveton Gelin, hailing from Nassau, Bahamas, and edgy Japanese trumpeter Takuya Kuroda, British saxophonist Nubya Garcia, British drummer Yussef Dayes, and singer Laufey, originally from Iceland, now living in Boston.

My coverage for OffBeat magazine is posted here.

There was too much music to fully describe, from big bands to headlining singers. I will say that my favorite weekend set was young singer Samara Joy’s performance with her quartet, featuring Italian guitarist Pasquale Grasso. Close your eyes, listen close and you might swear that Sarah Vaughan had been reincarnated. At age 85, Ron Carter was the eldest performer, appearing on Sunday with his quartet in a truncated main stage set that began 30 minutes late. The band apparently got stuck in traffic.

And what Newport be without a surprise walk on or two. Dan Wilson brought up singer Nigel Hall. When Wilson realized they were both in the same place on the same day, he said he couldn’t resist the opportunity to share the stage together. They explored Leon Russell’s classic ballad “A Song for You.” A couple hours later, Nicholas Payton sat in with the Lettuce band for a tune.

This long weekend of music was capped by a loving tribute to the late George Wein. The festival’s founding producer passed away last September, three weeks shy of his 96th birthday.

Reminders of Wein's impact seemingly were everywhere at the festival. Inside the main gate there was a perfect tribute: his “Wein Machine” golf cart was on display. It had moved Wein between stages and his backstage trailer for more than a decade.

Then came the 75-minute set’s special guests and band permutations. Sands, Nash and bassist Jay Leonhart backed singer Cecile McLorin Salvant’s take on “Thou Swell.” Cohen's version of Fats Waller's "Jitterbug Waltz," clarinet soaring and swooping, was exquisite. Energetic pianist Hiromi took the stage for one solo number, then accompanied Faddis on a stunning version of “Somewhere Over the Rainbow” with subtle backing from Leonhart and Nash.

Trombone Shorty joined the celebration, playing trumpet and singing on “The Sunny Side of the Street” with support from Hiromi, McBride and Nash. Then Scott, Leonhart and Nash backed him on the New Orleans jazz staple “St. James Infirmary,” with Shorty shifting to trombone.

The closing number, Duke Ellington's "Cotton Tail," had all of them back on stage, with powerful solos from the horn players, Hiromi and Sands tossing the melody back and forth with some four-handed piano wizardry, and Leonhart and McBride mixing it up on bowed bass interludes. Giveton Gelin sneaked in for a solo after fellow horn men Brecker and Faddis.

It was quite something.

I'll be posting more festival photographs in the days ahead.

Posted by Ken Franckling at 4:46 PM No comments: