Assaf Kehati, Flowers and Other Stories, self-produced
One of the great thing about today’s globalized jazz scene is that musicians from other countries and other cultures are stretching by weaving in the rhythms, tonal colors and sensibilities of the 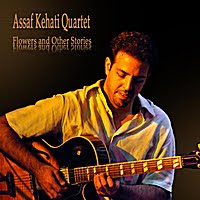 ir homelands. Jazz is all the richer for it. This second recording as a leader by Israeli-born guitarist Assaf Kehati is one such project. Kehati is based in Boston and has been working with the quartet featured on Flowers… for five years. (He also leads a trio featuring veteran drummer Billy Hart.)

On this project, the quartet teams Kehati with saxophonist Alon Ferber, bassist Daniel Sapir and drummer Udi Shlomo performing seven of the guitarist’s original compositions. From the opening bar of “Calling Me Home,” the CD’s extended opener, you’ll savor the exotic-sounding intimacy of this group. Kehati and Farber play as if there’s one musical mind at work. The rhythmic surprises on “Mr. Mario” are equally intriguing. There is a lot to savor here. The reflective ballads “The Most Beautiful Flower” and “The Snow and the Sun” are filled with beauty.

Burgstaller Martignon 4, Bach's Secret Files and More Crossover Fantasies, Summit
This quartet is on to something quite marvelous: a hybrid interplay between jazz and classical music - even opera - that should please fans of both genres, and expose the separa 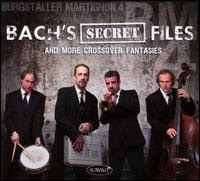 tists to the virtues of each form. The band is co-led by former Canadian Brass trumpeter Joe Berstaller and pianist Hector Martignon, who has serious Latin jazz credentials. As they did previously with Mozart, they have an addiction to mining the possibilities found within J.S. Bach's music (five of 11 tracks come from the Bach repertoire) but also stretching their concept to the work of early 1900s avant-gardist Erik Satie, plus impressionist Maurice Ravel, Claude Debussy and Giacomo Puccini.

Most often, they add an invigorating jazz twist to a classical work, like Satie's "Gymnopédie No. 1" and the Aria from Bach's "Goldberg Variations." A pleasant Flamenco tinge adds to the opener, "The River of Night," a Bergstaller melody set to Bach's "Praeludium in C minor," and Ravel's "Piece en Forme de Habanera" (Spanish Haze). Martignon brings some serious clavé to Bach's "Praeludium XI in F Major" (here subtitled "A Start to Something"). Their version of "Gymnopédie" is delightful. Bassist Hans Glawischnig and drummer John Ferrari round out the quartet. In a bit of variation from their premier CD, Mozart's Blue Dreams & Other Crossover Fantasies, they also added select appearances by soprano Brenda Feliciano (on "Ebarme Dich"), percussionist Samuel Torres on six of 11 tracks, and cellist Michael Kannen on Mendelssohn's "Lieder Ohne Worte."
Posted by Ken Franckling at 10:11 AM No comments:

Yet another Grammy dustup

Could the Grammys exist without healthy doses of skepticism and controversy? I think not.

Skepticism, mostly during the awards season, for all of the hype and pop/hip-

hop glitz that seems to minimize the celebration of real music. However, as mentioned a while back, quality turned the tables on pop phenomenon when singer and bassist Esparanza Spalding was this year's upset winner in the Best New Artist category, much to the dismay and even outrage of Justin Bieber fans.

Controversy erupts, as it did a couple of weeks ago, when the powers-that-be decided to trim back a number of awards categories from 109 to 78, a reduction of roughly 30 percent, for next year's voting.

The changes were announced by National Academy of Recording Arts and Sciences President Neil Portnow (the dude who prattled on over Spalding's Grammy performance). The changes come amid longstanding criticism in the music industry that too many categories were diluting the Grammys’ impact. (The Grammys had only 28 categories when they began in 1959.)

There has been a firestorm of reaction from record companies, producers and musicians, particularly among impacted categories.Nobody has had their knickers in a twist (to borrow a U.K. term) more than the Latin music community, particularly Latin jazz. The award for Latin jazz has been eliminated under this revision. Bandleader Eddie Palmieri called it "an insult to our genre and many others.”

Some would argue that among the aggrieved parties, the Latin categories may have the least to crow about. Latin music is the only genre that has a separate but related showcase with the Latin Grammy Awaards, that have been held annually since 2000. Those awards do include Latin jazz categories.

At a NARAS regional chapter meeting in New York, Palmieri told academy executives that there needs to be a greater Hispanic presence at the main event, implying that the separate Latin Grammy Awards, held in the fall, are far less significant. “There’s no two Oscars, no two Emmys, no two Tonys,” he said. Later, in a written statement, Palmieri said NARAS is "marginalizing our music, culture and people even further. Let me be clear: we have been discredited, we have been discarded and we are being wiped out."

Still, there are no separate Jazz Grammy, Classical Grammy, Blues Grammy Awards programs. So Latin Jazz seems to have a leg up in some respects over some other impacted genres.

Drummer Roy Haynes summed it all up by saying this latest tweak means the remaining jazz categories are going to be a lot more crowded, and that it’s going to be harder than ever to win a Grammy.

Only time will tell whether the howls of protest will lead to a reconsideration - or further tweaks to a system that seems geared more and more toward commercial appeal and TV glitz.
Posted by Ken Franckling at 6:36 PM No comments:

Whether or not they realize it, jazz players owe a serious nod to the many musicians thr 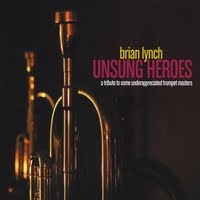 ough the years who have influenced and helped shape the branches on the musical tree. In the case of the trumpet tradition, I’m talking about not just the household name players like Louis Armstrong, Roy Eldridge, Dizzy Gillespie, Miles Davis, Clifford Brown, Fats Navarro, etc. But the many others – active or deceased – who’ve been innovators in their own way. Brian Lynch understands this big time. In 2000, he released his Tribute to the Trumpet Masters project to honor Woody Shaw, Kenny Dorham, Thad Jones, Lee Morgan, Blue Mitchell, Charles Tolliver, Booker Little and Tom Harrell. Now he’s out with his 17th CD as a leader. Unsung Heroes is a multi-faceted project that digs into the music of hornmen who he feels have been influential as players and writers but underappreciated. So he’s put his own creative spotlight on Tommy Turrentine, Howard McGhee, Joe Gordon, Idrees Sulieman, Louis Smith and Kamal Adilifu (Charles Sullivan) and Claudio Roditi.

Vol. 1, released on CD, has nine such tribute tracks, including a Lynch original called “Unsung Blues” and another original called “RoditiSamba” that very much captures the flair and rhythmic lilt of the very-much-alive trumpeter who inspired it. Lynch and his band (pianist Rob Schneiderman, saxophonists Vincent Herring and Alex Hoffman, bassist David Wong, drummer Pete Van Nostrand and conguero Vicente “Little Johnny” Rivero take the music of the aforementioned innovators and add their own contemporary stamp. It is a beautiful project. The music from two additional volumes (extra tunes and alternate takes) are available at Lynch’s website, along with video, play-along formats, sheet music, scores and more. Lynch has developed a great way to pay forward the influences that he absorbed. May he not be the last to do so.

Time flies when you’re having fun. In this case, 30 years of fun. Timeline is the 21st rel 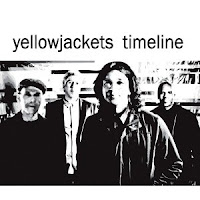 ease by the Yellowjackets. The CD is a terrific synthesis of the qualities that has made this one of the finest true contemporary jazz/fusion bands of its generation. Their sound is contemporary, but the players shouldn’t be confused with a bunch of instrumental popsters. Their playing and credentials are as solid as any mainstream jazz band working today. This is a band that knows how to roar on occasion, but I savor the ballad moments because they are filled with subtleties. The music has beauty, bite, depth and emotion. Since Yellowjackets started out as the backing unit for blues guitarist Robben Ford in 1979 two years before their eponymous debut CD, it is only fitting that Ford makes a guest appearance here. He plays on ”Magnolia,” which was written by founding members Russell Ferrante (keyboards) and Jimmy Haslip (electric bass). My personal favorites are saxophonist Bob Mintzer’s “Why Is It,” drummer Will Kennedy’s “Rosemary” and Ferrante’s beautiful “I Do.” 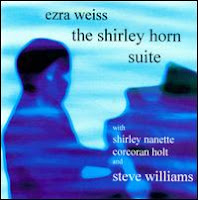 ingular impact that the late Shirley Horn had on the fine art of blending jazz vocals and piano. It’s a heartfelt tribute, in which Weiss wrote a five-tune suite performed in the style that we most often associate with Horn – her sophisticated and light keyboard touch, her snail’s pace vocal phrasing. He’s done a great job at capturing her classic swinging style. Singer Shirley Nanette adds a complementary vocal appreciation, so canny that piano and voice often feel like they’re coming from one performer. They’ve honored the musical essence of Shirley. Weiss’s other collaborators here include bassist Corcoran Holt and Horn’s longtime drummer, Steve Williams. Weiss interspersed four Horn evergreens – “The Great City,” “I Loves You Porgy,” “Estate” and “Something Happens to Me” – with his tribute pieces. ” Listeners who never had the opportunity to hear Horn in concert may identify a bit with Weiss’s opener, “I Wish I’d Met You.” ”Blues for Shirley,” “May The Most You Wish For” and the aforementioned “The Great City” and “Estate” (both instrumentals) also rise to the top.

Posted by Ken Franckling at 6:38 PM No comments:

It's always nice to be appreciated

Jazz Notes Central just found out that this little blog, now in its third year, has been listed by Accredited Online Colleges.com as one of the 30 Best Blogs for Jazz Students. 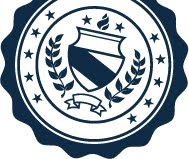 The 30 are not ranked but it is fascinating to read a bit about why they like each of these blogs in particular.

I know many more are just as deserving, but it is nice to see a labor of love get some kudos. I'm flattered to be in such great company. And I now have a few more bloggers who I'm anxious to follow. Check out the list as time permits. And be sure to check out the other bloggers with whom you may not be familiar.