Another big loss for jazz

Drummer Jimmy Cobb, for 29 years the only surviving member of trumpeter Miles Davis' Kind of Blue sextet, died yesterday at his home in Manhattan. He was 91 and had been battling lung cancer.

Cobb was the fourth NEA Jazz Master to pass away in 2020. In addition to the seminal Kind of Blue album, he was the drummer on Miles' Sketches of Spain, Someday My Prince Will Come, Miles Davis at Carnegie Hall, 1958 Miles, Jazz at the Plaza, In Person Friday and Saturday Nights at the Blackhawk Complete (recorded in 1961 in San Francisco), Quiet Nights, Miles and Monk at Newport; and briefly on Porgy and Bess, and Sorcerer.

His many other major musical affiliations over the years included work with singers Sarah Vaughan and Dinah Washington, pianists Wynton Kelly and Bobby Timmons, trumpeter Nat Adderley, saxophonists Richie Cole and Sonny Stitt, and guitarist Wes Montgomery. The Washington DC-born Cobb, who was pretty much self-taught, also led his own band of younger players, Cobb's Mob.
Posted by Ken Franckling at 12:41 PM No comments: 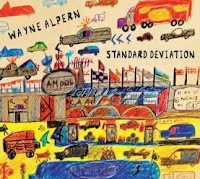 Wayne Alpern, Standard Deviation (Henri Elkan Music)
On this fine project, composer and arranger Wayne Alpern underscores the notion that jazz is a process, not a specific repertoire of songs. Wearing his arranger’s hat here, the New York-based Alpern has taken nine pop songs (some vintage, some contemporary) and given them robust, new instrumental treatments. In each case he has stretched and recast them to celebrate their catchy melodies and rhythms. The band pulling this off with Alpern’s charts includes trumpeter John Challoner, saxophonists Owen Broder and Adam Larson, trombonist Nick Grinder, violinist Benjamin Sutin, pianist Matt Podd, bassist Dave Baron and drummer Nathan Ellman-Bell.

The material includes Michael Jackson’s “Thriller,” Bob Dylan’s “Dear Landlord” and “As I Went Out One Morning,” Journey’s “Don’t Stop Believin’,” Bobbbie Gentry’s “Ode to Billie Joe,” Katy Perry’s “Teenage Dream” and The Four Seasons’ “Who Loves You Pretty Baby.” Favorite tracks: the band’s takes on “Gotye’s “Somebody That I Used to Know,” the Zombies’ “She’s Not There” and the Temptations’ hit “My Girl.” This is Alperin’s second project recasting well-known pop songs, following up on last year’s Skeleton. 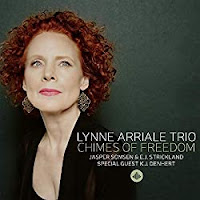 Lynne Arriale, Chimes of Freedom (Challenge)
Pianist Lynne Arriale’s 15th recording as a leader blends her crystalline lyricism at the keyboard with works inspired by our pre-pandemic troubled times. Specifically, the plight of refugees and dreamers who find obstacles in their path to a better life. As she explains: the material reflects her wish for an America “that offers hope, not scorn, for immigrants who seek a better life. It also acknowledges the sacrifices of refugees who have risked and even lost their lives trying to reach our borders.”


This project teams her with bassist Jasper Somsen and drummer E.J. Strickland. Singer K.J. Denhert joins on the final two tracks: the Bob Dylan-penned “Chimes of Freedom” and Paul Simon’s “American Tune.” Favorite tracks: “3 Million Steps,” which musically captures the image of refugees determined to go the distance between Guatemala to the southern U.S. border, and the more optimistic “Reunion.” The latter tune’s calypso feel celebrates a joyous reuniting of families split by war, famine, poverty and family separation. “The Whole Truth” is a bluesy, swinging salute to the news media who endure daily attacks on their credibility. There is much here to savor for its hope and musical inspiration. 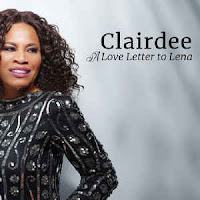 Clairdee,  A Love Letter to Lena (Declare)
San Francisco-based singer Clairdee’s latest recording is an homage to the late Lena Horne. Not wishing to make it a greatest hits cover, she instead selected music from the Horne repertoire that peaks deeply to her commitments to civil rights and equality. Six of the eight songs are preceded by spoken-word interludes narrated by actress Margo Hall. They are drawn from Horne’s own words gleaned from interviews and biographies.

Violinist Regina Carter is a special guest on “Something to Live For.” The most powerful tracks include “I Got a Name,” Sometimes I Feel Like a Motherless Child” (a poignant duet with pianist and co-producer John Herbst), and “Believe In Yourself.” They set the table for the finale: Clairdee’s powerful take, with a chorus of guest singers, on bassist Marcus McLaurine’s activism anthem “Stand Up” with lyrics by Keva Singletary Youngblood. This is a powerful call to action from the singer and her wide-ranging band. 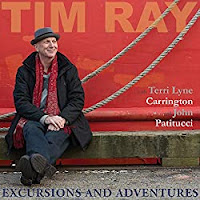 
The material they dig into is wide ranging. Each contributes originals (Ray’s “Gone, Not Forgotten” and “Yo 11,” Carrington’s Wayne Shorter tribute “Samsara” and Patitucci’s high-flying, New Orleans-flavored “Messiaen’s Gumbo”). Everything here is superb in its own way. The players keep pushing each other to find new facets in the originals, standard fare and some unusual choices. Their jazz transformations of Billy Preston’s pop hit “Nothing From Nothing” and the Rolling Stones’ classic “Paint It Black” are stunning. 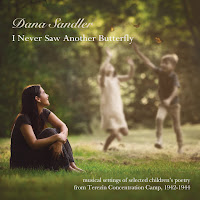 Dana Sandler, I Never Saw Another Butterfly (Fractamodi)
Boston-area singer Dana Sandler’s debut recording is a singularly focused project. Her compositions set to music some of the poetry penned by children of the Holocaust. Most of the source material come from “I Never Saw Another Butterfly,” a collection of poetry and art created by Jewish children in the Terezin concentration camp. Fewer than 100 of 15,000 children survived Terezin.

Sandler’s delicate voice is backed here by pianist Carmen Staaf, bassist Jorge Roeder, drummer Austin McMahon (her husband), trumpeter Peter Kenagy, saxophonist Rick Stone and clarinetist Michael WInograd. Sandler dedicated the project to the memory of Friedil Dicker-Brandeis, who organized secret art classes for the children of Terezin, then hid the material in suitcases that were discovered after the camp's liberation. Sandler released the CD on April 21, Holocaust Remembrance Day. It is both powerful and exquisite.
Posted by Ken Franckling at 12:00 PM No comments: