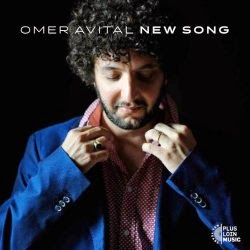 Still need proof that jazz has globalized in a big way? Check this new CD from bassist Omer Avital. It blends jazz with the exotic melodic, rhythmic and tonal influences of the Middle East and North Africa. Israeli jazz veteran Avital’s talents as a player and composer became apparent soon after his arrival on the New York jazz scene in 1992, New Song is his ninth recording as a leader, and it is a gem. His collaborators on this all-originals quintet project include trumpeter Avishai Cohen, tenor saxophonist Joel Frahm, pianist Yonathan Avishai and drummer Daniel Freedman. Favorite tracks: the opener, “Hafla,” the ballad “Avishkes,” the uptempo “New Middle East” and the desert-march-infused ”Bedouin Roots.” The group cohesiveness here is strong and trumpeter Cohen stands out as a soloist. Jazz truly has become an international language. 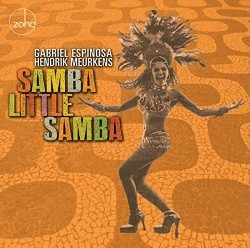 If you love Brazilian-style jazz, tinged with a bit of Latin, this CD is one to check out - and relish. Bassist-singer Gabriel Espinosa and harmonica player Hendrik Meurkens have put together a gem in this second partnership as co-leaders. Their strong supporting cast includes Anat Cohen on clarinet and tenor sax, Misha Tsiganov on piano, and Antonio Sanchez and Adriano Santos splitting the drum work. Alison Wedding provides superb vocal work on eight of the CD’s 10 tracks. Singer Tierney Sutton steps aboard for a dreamy vocal duet with Espinosa on “Besame Mucho,” in an Espinosa arrangement that also features guitarist Serge Merlaud. Every track here is filled with seamless beauty and a steady yet lilting energy. Meurkens’ plaintive harmonica work and Tsignanov’s delicate keyboard fills dominate Espinosa’s original bolero “Fe,” which he wrote as the father/daughter song for his daughter Adriana’s wedding. Samba Little Samba is outstanding. There is much to love from the opening notes to the last.

Nancy Kelly, B That Way (BlueBay) 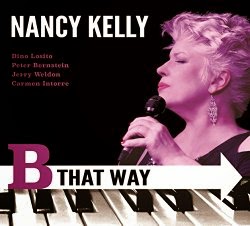 When you think of a combo with a Hammond B-3 organ at the core, tenor saxophone or guitar come to mind most often as one of the other key instrumental ingredients. Nancy Kelly as added something else: vocals. This upstate New York singer swings hard, and blends beautifully on this outing with Dino Losito on B-3, Jerry Weldon on tenor sax, Peter Bernstein on guitar and Carmen Intorre on drums. This project was a natural fit for Kelly, who was house singer with a local organ trio at a Philadelphia jazz club called Jewel’s in the early 1980s. That four-year adventure served her well. Favorite tracks: Curtis Lewis’s “The Great City,” a romp through Charlie Parker’s “Billy’s Bounce” (with lyrics by Jon Hendricks), and the band’s plaintive take on Billie Holiday’s “Don’t Explain.” One ballad to savor is Carroll Coates’ “Here’s Looking at You.”
Posted by Ken Franckling at 5:36 PM