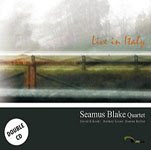 This is a high-energy project, a tour de force if you will from the 2002 Thelonious Monk Jazz Competition winner. My favorites are Blake’s “Way Out Willy” and “Fear of Roaming” and the quartet’s version of John Scofield’s “Dance Me Home.” They also tackled Claude Debussy’s “String Quartet in G Minor” which opens in rather laid-back, introspective fashion but builds in intensity to rival the more robust pieces mentioned above.

Big Band Ritmo Sinfonica Città Di Verona, "Restless Spirits" (Velut Luna)
When done right, there is something amazing about the lush creativity that a jazz big band can produce. Now, nearly triple that feeling, as happens in Verona, Italy and other European cities where th 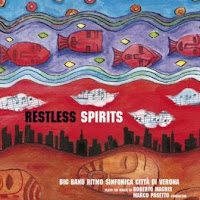 e jazz big bands, or orchestras, are indeed orchestral in size. This 43-piece unit’s 20-piece horn section is larger than most entire U.S. big bands. This latest project features the music of talented pianist Roberto Magris, who joins the big band as a special guest on acoustic piano and Fender Rhodes.

This muscular band, under the direction of Marco Pasetto, is a joy to hear as it rolls beautifully through eight modern and hip compositions from the Magris songbook. All of the pieces are gems. The “Restless Spirits” title track features vibrant percussion section that is central to its several mood changes from ballad to bop-tinged Afro-Cuban jam that recalls the energy of Dizzy Gillespie’s finest big band projects. The trumpet highlights come from another special guest, Massimo Greco.

Mark Levine Trio, Exact Change (Jazzschool)
Pianist Mark Levine is best known for his work on the Latin side of jazz, particularly his affiliations with Cal Tjader and Mongo Santamaria, as well as his own band The Latin Tinge. This is his first jazz tr 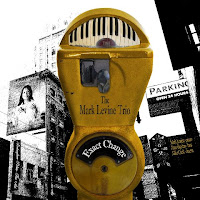 io CD in more than 10 years, and it teams him with bassist Peter Barshay and drummer Mike Clark, with John Witala and Eddie Marshall subbing on the final track, Joe Henderson’s “Isotope.”

While Levine has had great success as a writer, this project consists entirely of well-known tunes by other jazz greats or American Songbook contributors. The trio here is strong and tight. Favorites include their versions of Mulgrew Miller’s “Exact Change” and “One Notch Up,” Donald Byrd’s “I’m So Excited By You” and their exquisite adventure on “I Hear a Rhapsody.”

(Beezwax)
New York guitarist Will Sellenraad is out with a dandy of a new CD (his third) with his longtime working quartet that features saxophonist Abraham Burton, bassist Kiyoshi Kitagawa and drummer Victor Lewis. All of the material is original, seven written by the leader, and o 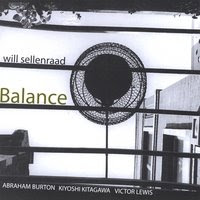 The blues-based “It's Been a Long Time” is beautiful and appropriately named - because Lewis wrote it about 30 years ago, unearthing it for its debut on this project. There are a variety of moods here, all imbued with the quartet’s swinging reverence for space and melody. Burton is especially strong on “Blewis,” a tune that the leader wrote in honor of his drummer.

This is Sellenraad’s debut on Beezwax Records, an Indiana-based label that prides itself on the rather quirky concept of hand-assembling, stamping and embossing every CD package that goes out its door with the owner or recipient’s name and a unique serial number. Over the past 12 years it has produced about 20 jazz, blues and brass releases this way.
Posted by Ken Franckling at 10:14 AM