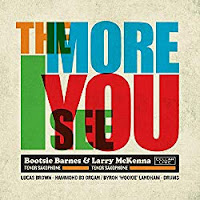 Bootsie Barnes & Larry McKenna, The More I See You (Cellar Live)
Philadelphia has always been a hotbed of jazz. The city that has produced more than its fair share of excellent musicians – and remains the epicenter of the B-3 organ tradition. This project teams Philly’s two reigning tenor sax titans – Bootsie Barnes and Larry McKenna – in an organ quartet with B-3 player Lucas Brown and drummer Byron “Wookie” Landham. The two octogenarian saxophonists are in fine form here on a mix of Great American Songbook standards and jazz chestnuts, as well as a pair of originals. They go head-to-head on seven of nine tracks, with McKenna featured solo on “You’ve Changed” and Barnes on Kurt Weill’s “My Ship.” The give-and-take by all of the band members in excellent. My favorite tracks are the two originals: Barnes’ hard-swinging “Three Miles Out” and McKenna’s closer, “Don’t Redux the Reflux.”

Al Basile, Me & the Originator (Sweetspot) 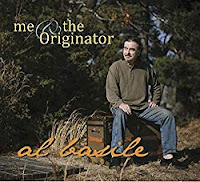 Singer-songwriter, cornetist and poet Al Basile has long straddled the line between traditional jazz and the blues. This latest recording, principally a blues project, can best be categorized as “beyond category.” Basile took a dozen of his poems, then wrote songs related to or inspired by them. Another chapter of the story if you will. And he preceded them all with a clever story about a trunk found in an attic – filled with poems by an anonymous wordsmith he calls “the Originator.” They are poems that the protagonist in this tale turned into music. On Me & the Originator, each song by Al and his band is followed by him narrating the poem related to it. This is best listened to straight-through to savor its full effect. One tune in particular stands out. “She Made Me Believe It” will have you sitting up to listen close and chuckling at its clever message. That one got me, but believe me, they’re all gems. Longtime collaborator Duke Robillard produced the session and plays guitar throughout. 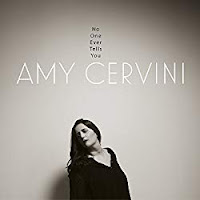 Amy Cervini, No One Ever Tells You (Posi-Tone)
It’s bluesy, gritty and swinging. And it’s one of the finest jazz vocal projects I’ve heard in a while. Amy Cervini’s latest CD, No One Ever Tells You, digs into songs about love, despair and strength. Her exquisite blues-tinged takes on a wide range of popular songs and blues standards are bolstered by the band here. It features guitarist Jesse Lewis, pianist Michael Cabe, bassist Matt Aronoff and drummer Jared Schonig. B-3 player Gary Versace adds much on four tracks, including Cervini’s opening original, “I Don’t Know” and a organ-vocals duet on “One For My Baby (and One More For the Road).” She’s turned gems from the songbooks of Blossom Dearie, Lyle Lovett, Percy Mayfield, Frank Sinatra and Bessie Smith, and others, into her own anthem. 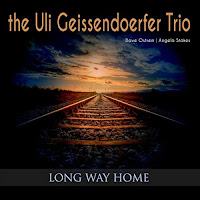 There is something special about the power trio in jazz, consisting of high-energy players who blend their talents into something even greater than the sum of their three parts.The resulting music is often intense, swings likes mad – but is also capable of delicacy and nuance when the situation calls for it. Such is this project from Las Vegas-based pianist Uli Geissendorfer’s project with bassist Dave Ostrem and drummer Angelo Stokes. Favorite tracks: the bluesy “Urban Cowboy” and the quirky “Monk’s Mouse”. The project opens and closes with Beatles material that has some Geissendorfer twists. The opener pairs “Here Comes the Sun” with a vamp extension of the pianist’s design. The closer makes a medley of “Blackbird” and “Come Together” that blends mixed meters and other juxtapositions. 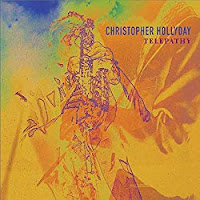 Christopher Hollyday, Telepathy (Jazzbeat)
Alto saxophonist Christopher Hollyday had a significant profile as a teenage jazz prodigy from the mid 1980s into the early ‘90s. Then the hard bopper vanished from the jazz scene. He married, moved from New England to San Diego and became a music educator. Now he’s out of the classroom and is performing again, often in groups with trumpeter Gilbert Castellanos. This is his first recording in more than 25 years. Telepathy draws its title from the musical connection he has with Castellanos. Together they soar in unison and separate solos on a half-dozen jazz chestnuts and popular standards, supported by pianist Joshua White, bassist Rob Thorsen and drummer Tyler Kreutel. The bop tracks include Freddie Hubbard’s “One of a Kind,” Bud Powell’s “Hallucinations” and Charlie Parker’s “Segment.” The standards are “Everything Happens to Me,” “Autumn in New York” and “I’ve Got the World on a String.” This is a dandy.

Here are some other 2018 gems you should check out, which I haven’t had time to review this year: