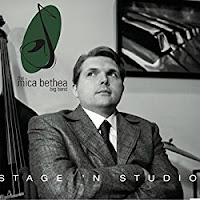 Composer and arranger Mica Bethea is a fascinating story unto himself. Twelve years ago, he was a young music student at the University of North Florida. The multi-instrumentalist was driving back to school in Jacksonville, after visiting his parents in Daytona, when a big truck slammed into his car at 85 mph during a traffic slowdown. The accident left Bethea a quadriplegic. He put his life back together, returned to school three years later and earned bachelor’s and master’s degrees in music. He may be unable to play anymore, but he has emerged as a very fine composer and arranger.

This is a two-disc album featuring Bethea’s big band. One disc was recorded in studio, one in concert at UNF. Both discs feature four originals from Bethea plus a mix of his arrangements of six tunes from the jazz canon. All are excellent, with the material written with each player in mind. Favorites include his originals “Frahm Out of Nowhere,” “Jonesin’ for Thad,” “Coal” and “Birth Rite,” and the band’s spirited take on “Hang Up Your Hang Ups,” which Herbie Hancock recorded with an expanded version of his Headhunters’ funk band. The Mica Bethea Big Band’s many standout soloists include pianist Joshua Bowlus, guitarist James Hogan, saxophonist Todd DelGiudice and singer Linda Cole. Check it out. 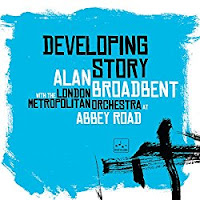 Pianist Alan Broadbent teamed up with the London Metropolitan Orchestra for this wide-ranging project, recorded at Abbey Road studios. His longtime trio-mates, bassist Harvie S and drummer Peter Erskine, were along for the musical ride. The session opens with Broadbent’s three-part suite, "Ðeveloping Story.”

Most fascinating are his intricate orchestrations on four jazz classics: Tadd Dameron’s “If You Could See Me Now,” John Coltrane’s “Naima,” and Miles Davis’s “Blue in Green” and “Milestones.” In each case, Broadbent found ways to celebrate and accentuate the rich nuances of these standards. He also does the same thing for two originals, “Lady in the Lake,” which he wrote for Quartet West, and “Children of Lima,” which he which he wrote in the early 1970s after a Peruvian earthquake. It was recorded in a 1975 collaboration by Woody Herman’s Young Thundering Herd and the Houston Symphony. Broadbent spent three years as pianist in Woody’s big band. 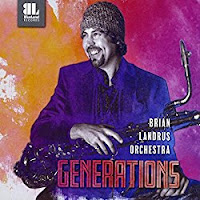 Baritone saxophonist Brian Landrus used a wide range of musical genres as his inspirations in writing the material for his 25-piece all-star orchestra. He wrote all of the material to focus on each participating player’s sound and strengths.

The piece de resistance is the opening segment – a four-section piece called “Jeru Concerto.” It was inspired by Landrus’ son Jeru, whose namesake was the nickname of baritone saxophonist Gerry Mullgan. Jeru was not yet born when Landrus started writing the piece. The evocative “Orchids” features harpist Brandee Younger and vibes player Joe Locke. This ambitious project is a contemporary slant on the grand big band tradition. 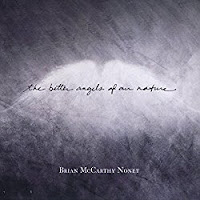 The late Phil Woods once had an octet (five horns plus rhythm section) that he called the Little Big Band, which offered a lot of the same firepower and nuance of a much larger ensemble. Brian McCarthy took much the same approach here with his nine-piece band. While not a big band in actuality, it has the musical depth and scope of one. This project has a very different – and very specific - thematic focus. Civil War history buff McCarthy crafted fresh, extended arrangements for Union and Confederate folk songs from that era, and added two originals written to reflect the same spirit and style. Each is a gem in its own way.

The title track, “The Better Angels of Our Nature,” is a musical interpretation of Abraham Lincoln’s first inaugural address. “Shiloh” is an aching ballad that reflects on the first battle of the Civil War that saw large-scale death and suffering, and features McCarthy on soprano sax. The other players on this project include saxophonists Andrew Gutauskas, Stantawn Kendrick and Daniel Ian Smith, trombonist Cameron MacManus, trumpeter Bill Mobley, pianist Justin Kauflin, bassist Matt Aronoff and drummer Zach Harmon. This is terrific from concept to delivery. 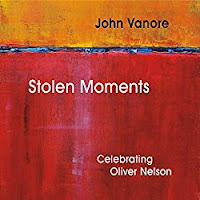 John Vanore, Stolen Moments (Acoustical Concepts)
Philadelphia-based trumpeter John Vanore assembled this all-star ensemble to celebrate Oliver Nelson's musical legacy. This year would have been the 85th birthday of Nelson, who passed away in 1975. Featuring a 14-piece band augmented by percussion on one Latin track, this is Nelson’s music as reimagined and arranged by Vanore.

The CD includes six Nelson originals, “Blues and the Abstract Truth,” “El Gato” (written to honor Gato Barbieri), “I Hope in Time a Change Will Come” (featuring saxophonist Steve Nelson),“Reuben’s Rondo,” “Self-Help is Needed” and “Stolen Moments.” Vanore’s band  also updates three of the standards that Nelson arranged and recorded - “A Taste of Honey,” “Greensleeves” and “St. Louis Blues.” This was a long-overdue way to spotlight Oliver Nelson’s important contributions to jazz – and freshen the material rather than merely do a repertory stroll through his charts.
Posted by Ken Franckling at 10:58 AM