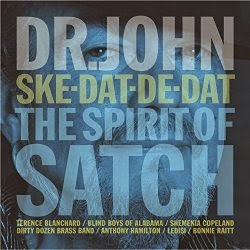 Everybody in jazz owes a tip of the hat to Louis Armstrong. His melodic phrasing and inventiveness as an improviser set the early bar for jazz. Dr. John and a variety of special guests have indeed tipped the hat with the singer-pianist’s newest CD, Ske-Dat-De-Dat, (title derived from an Armstrong’s skat). The disc contains a baker’s dozen of tunes associated with Armstrong, performed in new contexts, with Dr. John’s guests running the gamut from jazz soloists to singers from the gospel, R&B, blues and rap genres. And it works.

You’ll hear the Blind Boys of Alabama on tracks with trumpeters Nicholas Payton (the opener, “What a Wonderful World”) and Terence Blanchard (“Wrap Your Troubles in Dreams”). Bonnie Raitt teams up with the good doctor on “”I’ve Got the World on a String” while Shemekia Copeland cameos on “Sweet Hunk O’Trash.” Poet/rapper Mike Ladd is featured with Blanchard on “Mack the Knife” and R&B singer Anthony Hamilton is on “Sometimes I Feel Like a Motherless Child.” Trumpeters James Andrews, Wendell Brunious and Arturo Sandoval are also part of this Armstrong party. R&B singer Ledisi turns in the finest recorded performance I’ve heard from her on “Nobody Knows the Trouble I’ve Seen.” In appropriate New Orleans fashion, the Dirty Dozen Brass Band romps through the closer, “When You’re Smiling (the Whole World Smiles With You).” There is much here to smile about, while you tap your feet of course. 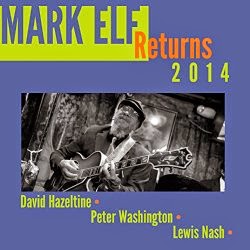 Welcome back, Mark Elf. The versatile Long Island-based guitarist is indeed back, and in fine form. He recorded 10 self-produced recordings, nine of them in an annual spate between1997-2004 and another, Liftoff, in 2006. This one got delayed, partially by October 2012’s Superstorm Sandy, which wiped out Elf’s home and much of his East Rockaway NY neighborhood. Thanks to a Kickstarter campaign, he’s recording again. This is Elf’s third recording with the ace rhythm section of pianist David Hazeltine, bassist Peter Washington and drummer Lewis Nash, mixing it up on originals and standards. Percussionist Steve Kroon joins the band on Elf’s “Michellie’s Mambo.” Favorite tracks, the blues “Low Blow,” featuring Elf on the baritone guitar, and “The Sandy Effect,” an aching ballad inspired by the storm that interrupted his music. Elf hasn’t lost his sense of humor, calling it “one song I wish I hadn’t been inspired to write.” 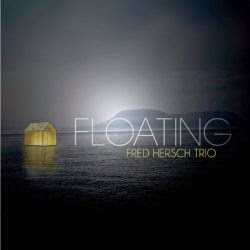 Pianist Fred Hersch, one of the great modern jazz pianists out of Bill Evans’ lineage, is out with another Gem. Floating teams Hersch with his longtime trio-mates, bassist John Hébert and drummer Eric McPherson in a beautifully intense exploration of originals and some uncommon standards from the jazz and popular song repertoires. Favorites among Hersch’s several originals are the title track and the rollicking “Home Fries.” The covers are “You and the Night and the Music” and “If Ever I Would Leave You.” The trio closes the set with the wonderfully angular Thelonious Monk tune, “Let’s Cool One.” This CD is a master class in the art of the trio. 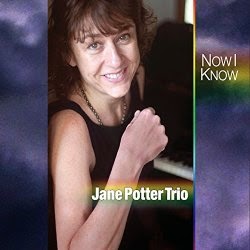 Boston-based pianist and singer Jane Potter teaches at the Berklee College of Music by day. At night, you’re likely to find her performing at the Oak Bar in Copley Square or the Top of the Hub. She has mastered the fine art of balancing her vocals and her keyboard work so that each enhances the other. Her laid-back sense of time helps the music breathe when she’s singing. Her piano chops are strong and adventurous in vocal-free segments. The simpatico trio mates are bassist Thomas Hebb (who also joins Potter for a vocal duet on the standard “Beautiful Friendship”) and drummers Bob Savine or Steve Langone (tracks 5 and 10). Favorite tracks: “Time After Time,” “Everything I Have is Yours, “I Remember You,” "What a Difference a Day Made" and Potter’s own sprightly instrumental “Stability.”

Posted by Ken Franckling at 1:16 PM