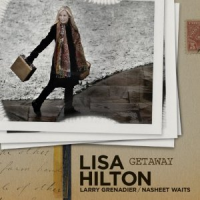 Lisa Hilton, Getaway (Ruby Slippers)
Pianist and composer Lisa Hilton is a painter with sound, offering an array of beautiful tunes whose melodies vividly capture the mood teased by their titles. The loveliest include “Stepping Into Paradise,” “Unforgotten” and “Slow Down.” On Getaway, her 17th CD as a leader, Hilton and her trio-mates (bassist Larry Grenadier and Nasheet Waits) also serve up tasty explorations of  the classic “Stormy Monday Blues” (written by Earl “Fatha” Hines, Billy Eckstine and Bob Crowder) and the contemporary - Adele’s 2011 hit “Turning Tables.” It’s always nice to hear how a quality pop tune can take on new dimensions in the right hands. Hilton winds down the session with a solo piano take on “Huckleberry Moon.” 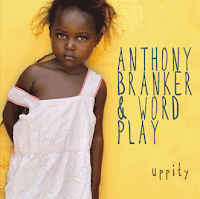 Anthony Branker & Word Play, Uppity (Origin)
A medical condition that led to a seizure and two brain aneurysms in 1999 forced jazzman Anthony Branker to give up the trumpet, but not his talents as a conceptualist and composer. (He is also an educator – the founder and director of the jazz studies program at  Princeton.) His newest release, featuring his all-star sextet Word Play, is both beautiful and provocative. Favorites: “Three Gifts (from a Nigerian Mother to God)” and the title track “Uppity,” which was based on one of the composer’s brief anti-racist poems. “Ballad for Trayvon Martin” is a strong feature for tenor saxophonist Ralph Bowen and pianist Jim Ridl. Other band members include bassist Kenny Davis, trumpeter Eli Asher, trombonist/keyboardist Andy Hunter and drummer Donald Edwards. This project underscores Branker’s prowess as a composer and musical commentator. 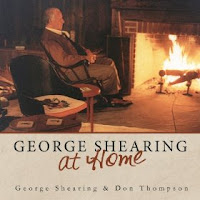 George Shearing and Don Thompson, George Shearing  at Home (JazzKnight)
Thirty years ago, pianist George Shearing and Canadian bassist Don Thompson had a six-week residency at a club in Manhattan. On several afternoon during that run, they’d play a few tunes "just for fun" at Shearing’s apartment, take a break for tea, and then playing some more. They recorded it but the tapes remained hidden away in a drawer for three decades. Thompson realized the specialness of those duo tracks when listening again to the tapes after Shearing’s death in 2011. His sound was sprightly, elegant and, at times, an orchestra unto himself (as shown on “I Didn’t Know What Time It Was,” “The Things We Did Last Summer” and romps through “Confirmation” and Thompson’s original “Ghoti”). Four solo tunes show Shearing at his inventive finest. Check out the left hand vs. right hand duet on “Can’t We Be Friends?” The poignant closer is “Beautiful Love,” a tune Thompson said he’d never heard him play before – or since.
Posted by Ken Franckling at 12:46 PM