CDs of note heard in January: 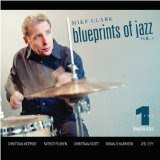 This stunning new CD by ex-Headhunters drummer Mike Clark shows off his straight-ahead jazz side than the fusion for which he is best known. The band smokes. It includes pianist Patrice Rushen, bassist Christian McBride, trumpeter Christian Scott, alto saxophonist Donald Harrison and tenor saxophonist Jed Levy. This recording surfaced on several “Top 10” lists for 2008 - despite a February 3, 2009 release date.

The New York-based trumpeter was a pleasant surprise this past August with his band with a late morning on the JVC Newport Jazz Festival’s Pavilion Stage. This CD of primarily original, rhythmically strong material by the neo-traditionalist is a very strong debut recording. My favorites are the title track and the gorgeous ballad “Thank You.”

At his best, and that usually meant before an audience, fusion pioneer Zawinul and his Zawinul Syndicate band produced music that feels brawny and ferocious. This two-CD set, recorded on his 75th birthday at a jazz festival in Lugano, Switzerland, captures that jazz-meets-world music intensity – just two months before Zawinul lost his battle with cancer.

One poignant track, recorded August 2, 2007 at a concert in Hungary, just five weeks before his death, reunited Zawinul with Weather Report co-founder Wayne Shorter on a extended version of Miles Davis’s “In a Silent Way.” The ferocious tracks include “Orient Express,” “Madagascar” and the medleys “Fast City”/”Two Lines” and “Badia”/”Boogie Woogie Waltz” (the latter pair from his Weather Report days.

The Bad Plus, For All I Care 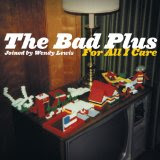 As The Bad Plus, pianist Ethan Iverson, bassist Reid Anderson and drummer Dave King have found notoriety for deconstructing and reconstructing principally rock tunes as improvisational progressive jazz pieces. In doing so, they have thrown out the notion that jazz needs a strong link to The Great American Songbook. Or perhaps they’ve been adding a new chapter.

This newest project is their first that brings aboard a vocalist. Minneapolis-based alternative rocker Wendy Lewis joins the trio for eight of the 12 racks on For All I Care.” The band’s often slowed or fractured tempos give Lewis space to stretch the lyrical possibilities amid the band’s improvisations. This time around they tackle Kurt Cobain’s “Lithium,” Pink Floyd’s “Comfortably Numb,” Yes’s “Long Distance Runaround,” Wilco’s ”Radio Cure,” Oklahoma City alternative/indie-rock band The Flaming Lips’ “Feeling Yourself Disintegrate,” the Bee Gees’ “How Deep is Your Love,” Roger Miller’s "Lock, Stock and Teardrops" and Heart’s “Barracuda.”

This time, the band broadened its repertoire considerably, but Lewis sits out on the CD’s three classical reconstructions (plus one alternate take) of material by Igor Stravinsky, Milton Babbitt and Gyorgi Ligeti.
Posted by Ken Franckling at 7:39 PM