Once something goes away – or is threatened with going aw 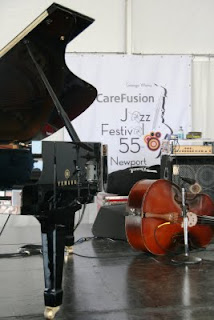 ay – you find out how much it is appreciated. That was the case this past weekend for George Wein, whose jazz festival in Newport lived on, thanks to his efforts to ensure his Newport legacy survives.

He had help from longtime staff, an army of fellow musicians, some of whom have worked for him and/or with him for five decades or more, and a new sponsor, the San Diego-based health-care products and service company CareFusion.

“The warmth I’ve received this weekend is unbelievable,” Wein said. “I’ve never been hugged b 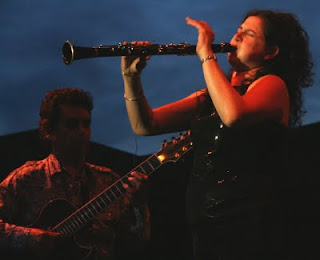 y so many musicians in my life. They’ve made this the most beautiful weekend in my life.”

I’ll write about it soon at greater length on allaboutjazz.com. Musically, there was something for everyone in a weekend whose total attendance was 12,800, with the largest crowds– 6,000 – on postcard-perfect Saturday. In the meantime, here are a few images from highlights of George Wein’s CareFusion 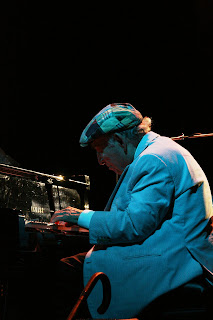 - Wein sitting in on the finale "All of Me" with the Anat Cohen-Howard Alden quartet, which opened the music Friday night at historic Newport Casino, the very first home of the Newport Jazz Festival back in 1954. Chaka Khan was the opening night headliner, but that's another story. 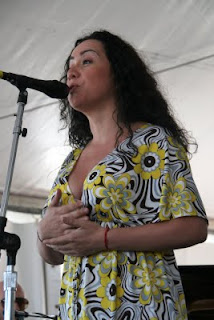 - Singer Claudia Acuña’s breezy bilingual set on the Waterside Stage. Even if you don’t know the words when she sings in her native Spanish, the Chilean beauty’s way with a song touches you with their heart-felt emotion. 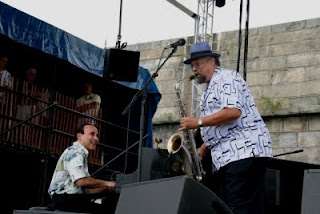 Sunday on a rousing reconstruction of Dizzy Gillespie’s “A Night in Tunisia.”

- George Wein joining bassist Christian McBride for a live taping of his forthcoming satellite radio show “Conversations with Christian.” They talked - and they played for an hour. 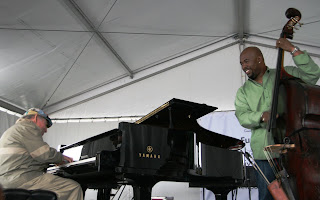 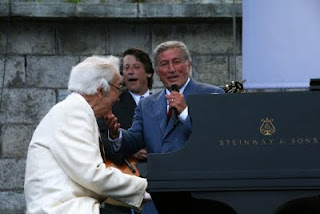 Posted by Ken Franckling at 4:17 PM