After all these years, is there anything more senseless than the U.S. trade embargo against Cuba? I think not, but some are bound to disagree. But the arts are thawing the iceberg a bit – and jazz is at the forefront of that relaxation.

Larry Blumenfeld had a riveting two-part coverage in the Wall Street Journal in early October of the Jazz at Lincoln Center Orchestra’s six-day residency in Havana that involved both concerts and clinics for young Cuban musicians. The visit, led by Wynton Marsalis, took place under the auspices of the Cuban Institute of Music.

Right now, pianist Chucho Valdés and his Afro-Cuban Messengers are in the midst of a 12-city U.S. tour that included two nights at Jazz at Lincoln Center’s Rose Room in Manhattan and hop-scotched around the Northeast and West Coast. Remaining stops on that U.S. tour include tonight in Hopkins MN followed by Boston, Hanover NH and Washington DC. Valdés will also perform solo at New York’s Village Vanguard on November 1 before the band takes its tour to Europe.

This is Valdés’s first U.S. tour since 2003. May the thaw continue. In a jazz sense, there is even more short-term hope at least for artists.

In December, pianist and bandleader Arturo O’Farrill plans to travel 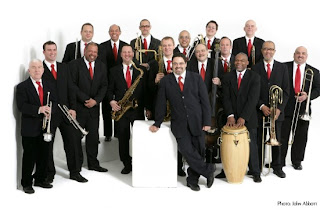 to Cuba with the orchestra of his late father, Cuban composer and arranger Chico O’Farrill, for another cultural and educational exchange. The Chico O’Farrill Afro Cuban Jazz Orchestra (pictured at right) will headline the 26th edition of the Havana International Plaza Jazz Festival, sponsored by the Cuban Institute of Music and the National Center of Popular Music, which runs December 16-19.

“Since my first visit to the Plaza Jazz Festival in Havana in 2002, it has been my desire to return Chico O’Farrill’s music, played by his musicians, to the island,” Arturo O’Farrill said in a news release received this week. “When my father finally agreed to a possible return, it was already too late and he died brokenhearted that he was never able to return to his beloved island [after departing in 1960]. With this trip, Chico’s orchestra will be completing an artistic, familial and spiritual journey.”

On the December trip, O’Farrill’s activities will include a collaboration with Chucho Valdés and his own sons, Zachary and Adam O’Farrill, as well as young Cuban musician. They will premiere a work that O’Farrill is writing. He is calling it “Fathers and Sons: From Havana to New York and Back.”

May these cultural exchanges be just the start of something thriving, regular – and permanent. It will be good for the music – and the economy.

Posted by Ken Franckling at 7:57 PM No comments: 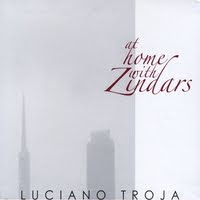 This labor of love spotlights the composer, good friend and perhaps musical twin of Bill Evans. It is long overdue, because the late Earl Zindars had far more impact on Evans than he has generally been credited with. Their relationship dated to their Army days in the early1950s. Italian pianist Luciano Troja corrects that oversight with his lavishly produced solo piano CD of 15 Zindars jazz compositions (he was a classical composer and educator as well), plus Troja’s own tribute called “Earl and Bill.” There’s also an enlightening 40-page booklet. Evans recorded seven Zindars tunes in his repertoire, most notably “How My Heart Sings,” and played those and a few others in his live performances for nearly a quarter-century.

All of the tracks on this session will carry a lot of interest for even the casual Evans listener because of the harmonic and rhythmic cross-pollination between these two good friends. Interestingly, Zindars’ “Four Times ‘Round” - written in 1985, five years after Evans’s death - has a decided Evans feel to it. Troja’s “Earl and Bill” is a loving meditation celebrating the impact that both men had on the pianist after he first heard Evans and later came to appreciate the Zindars connection. Some of these tunes might have swung a bit more with a rhythm section, but all things considered, that’s a minor quibble. At Home With Zindars is a CD to savor for many reasons.

Kurt Rosenwinkel and OJM, Our Secret World (Word of Mouth) 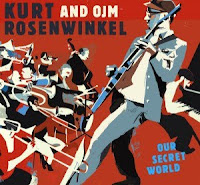 This wonderful addition to the big-band canon pairs guitarist Kurt Rosenwinkel with Portugal’s Orquestra Jazz de Matsinhos. Rosenwinkel is one of mainstream jazz’s more adventurous, edgy explorers on his chosen instrument. On this session, the Philly native revisits seven of his compositions with arrangements by OJM’s Carlos Azevedo and Pedro Guedes, as well as saxophonist Ohad Talmor. What a lush and interesting carpet they provide for Rosenwinkel’s new ride. Favorites: the title track, “Zhivago,” the Metheny-esque “Dream of the Old” and the multi-faceted “Path of the Heart.” This is gorgeous.

Reggie Pittman-Loren Daniels Quartet, Point A to Point A (self-produced)
What a swinging, tight and vibrant band, rooted deeply in the bop tradition. 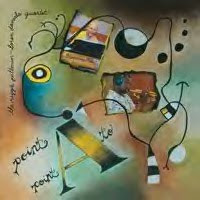 Trumpeter Reggie Pittman and pianist Loren Daniels have teamed up with bassist Bill Moring and drummer Tim Horner for this session. It features original material plus a funky rearrangement of Charlie Parker’s “Ornithology,” which itself was a bebop variation on “How High the Moon.” My favorites (difficult choices given the strength of all the material) are the title track and “Prose and Consequence.” Both were written by Daniels. Pittman’s Woody Shaw tribute, “Shaw is Woody,” is also a sprightly and swinging dandy.
Posted by Ken Franckling at 6:45 PM 1 comment:

Into the spotlight and moving ahead

In less than a week, we saw significant attention spotlighting two jazz artists. There’s one to watch for on the vocal scene. The other we saw recognized for his decade of moving the music forward while embracing contemporary influences.

Ladies first as they say, no matter that the honors are chronologically skewed.

On October 4 in Washington DC’s Kennedy Center for the Performing Arts, Cécile McLorin Salvant of Miami won the Thelonious Monk Competition for Jazz Vocals over two other finalists and dozen semi-finalists. She won $20,000 in scholarship money and a record deal with the Concord Music Group.
Salvant, a French-Haitian-American from Miami FL but currently based in France, sang two ballads - "If This Isn't Love" and "I Wonder Where Our Love Has Gone."
The other finalists were Charenée Wade of Brooklyn NY and Cyrille Aimée of Fontainebleau, France, who finished in 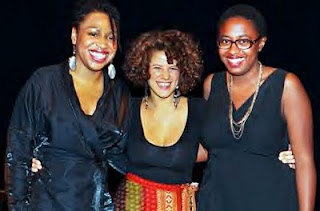 second and third place, respectively. Each of the finalists was backed by a trio of Reggie Thomas on piano, Rodney Whitaker on bass and Carl Allen on drums.

On September 28, New York-based pianist-composer Jason Moran was honored with a $500,000 no-strings-attached” genius grant, as they have become known, in the form of a MacArthur Fellowship.
Moran, 35, is a pianist, composer, and bandleader was credited with mining a variety of musical styles to create adventurous, genre-crossing jazz performances.
“Moran’s signature corpus marries established classical, blues and jazz techniques with the musical influences of his generation, including funk, hip-hop and rock,” the Chicago-based John D. and Catherine T. MacArthur Foundation said. “Through reinterpretation of jazz standards and new compositions of his own, Moran is expanding the boundaries of jazz expression and playing a dynamic role in its evolution in the twenty-first century.”
Check out the Foundation's video for Moran's viewpoint.
Those of us who got to the CareFusion Newport RI Jazz Festival in early August – and made it to the Quad Stage, got a treat in the form of a trio performance by Jason Moran (right) and The Bandwagon, a longtime trio featuring the pianist with bassist Tarus Mateen and drummer Nasheet Waits.
Congratulations to all - and then some.
Posted by Ken Franckling at 8:59 PM No comments: