Dave Brubeck has given us a present for his 90th birthday on December 6. 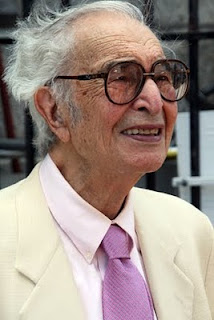 The pianist and prolific composer has released a two-disc compilation called Legacy of a Legend, it's releasing coming three days after Brubeck resumed touring. (He had a three-month layoff after doctors gave him a pacemaker.)

It’s a 21-track compilation on Columbia/Legacy that spans work from 1954 to 1970, documenting the evolution of his quartet into its classic makeup with Brubeck, alto saxophonist Paul Desmond, bassist Eugene Wright and drummer Joe Morello. Two of his later quartet members, bassist Jack Six and drummer Alan Dawson, are featured on tracks from a tour Brubeck made with Gerry Mulligan on baritone sax. 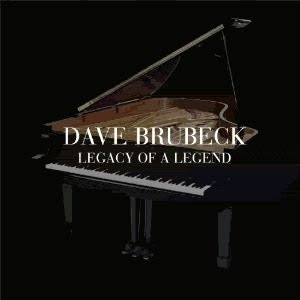 es collaborations with singers Jimmy Rushing, Carmen McRae and Louis Armstrong. One of the highlights for Brubeck compleatists figures to be a previously unreleased live take of Brubeck’s tune “Three to Get Ready” that was recorded at his classic quartet’s final concert the day after Christmas 1967 in Pittsburgh.

There is more available for Brubeck fans this holiday season. Turner Classic Movies will dedicate the afternoon of December 6 to a pair of classic films featuring Brubeck. They are “All Night Long” (a jazz update of Shakespeare’s “Othello) and “Southern Crossing,” (which chronicles five-day jazz festival in Sydney, Australia). They will be followed at 5 p.m. by the premier of the Bruce Ricker-produced and directed documentary “Dave Brubeck: In His Own Sweet Way.” The executive producer of documentary is longtime Ricker collaborator Clint Eastwood.

Jazz has been considered “the devil’s music” at times. More in distant decades and in some places more than others, and even among random people today. So it is ironic when we get to hear it performed in church. I’m not talking about St. Peter’s (the “jazz church” in midtown Manhattan) or other ministries that offer jazz vespers on a regular basis. But places we don’t expect it for one reason or another. 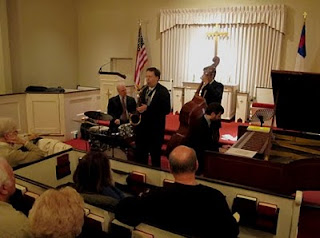 The setting was intimate and the sound was pure: acoustic jazz in a setting that felt like a living room, from the standpoint that people in the first few pews could have literally reached out and touched the musicians.

Allen has absorbed his influences well in his development into one of today’s finest swing saxophonists. You hear a lot of Ben Webster and a tinge of Stan Getz on Brazilian bossa nova balladry, but he shapes the music into something fresh and memorable.

Highlights: Allen’s reading of Jobim’s “How Insensitive,” a blistering romp on Duke Ellington’s “Cottontail” and the ballad “Misty,” as well as Sportiello’s Stride piano segments on “The Lady’s In Love With You” and, later, his showcase on “Honeysuckle Rose.”

The concert was a reminder that Riggs is one of today’s masters of the brushes, a skill polished by his years listening to and hanging out with the late Jo Jones.

One doesn’t expect to hear Cole Porter’s “Love for Sale” in a church, but Allen presented it with some irony. He also offset it by including a couple of hymns into the program.

Allen introduced Thomas A. Dorsey’s 1930s composition “Precious Lord, Take My Hand” as “Precious Lord Thou Art So Hip,” telling the audience members they could sing along to No. 678 in their hymnals if they wished.

“But we’re gonna swing it,” he cautioned.

Posted by Ken Franckling at 10:02 AM No comments:

A memorable Cape May weekend

It was a growing pains sort of weekend for the new blood/old blood running the festival after the summertime resignations of festival co-founders Carol Stone and Woody Woodland after a protracted series of skirmishes with the board of directors. This year, I made the trek to quaint and charming Cape May on a photo assignment for jazztimes.com. Images will be posted with Lee Mergner’s review. 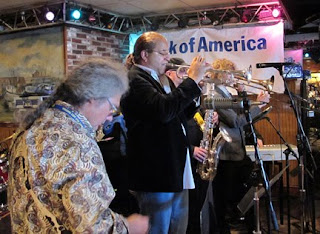 d – the sure sign of a good turnout. And it was great to see old friend Winston Byrd, a Delaware native whose trumpet artistry seemed ever-present at the festival for several years before he moved to Los Angeles. He knows how to tear it up. (That's Winston in the photo at a Carney's jam session with guitarist Geno White, saxophonist Tim Price and others.)

The only significant glitch was the challenging acoustics and some keyboard sound problems for the Jackson-McCann show at Star of the Sea Auditorium. There was no such problem on Friday because the Yellowjackets bring along their own sound wizard. A good engineer who works regularly with the audio needs of one band has an edge. He (or she) knows how to turn lemons into lemonade when confronted with – in this case – a tired old grammar school gymnasium.

For budget issues, the festival organizers decided not to shuttle fans to the Cape May Regional High School’s state-of-the-art theater/auditorium a few miles away. It had been the headline venue for several years - and became a critical venue after the beachfront Cape May Convention Hall was condemned two years ago.

This year, all of the consolidated events were within walking distance of the beachfront strip of bars, hotels and dozens of B&Bs. And so will be the new Convention Hall, which is expected to open sometime in 2012, in time for at least one of that year’s festivals. Maybe both of them.

It was nice that the 34th CMJF program book included a photo of the founders. But there was no other visibility given to Carol Woody, nor were they ever thanked publicly for 16.5 years of keeping the event alive, nor were they present. Curious. And sad in a way. Understandable perhaps given the ill will that transpired at times. But life – and festivals – go on.

Posted by Ken Franckling at 7:19 PM No comments: 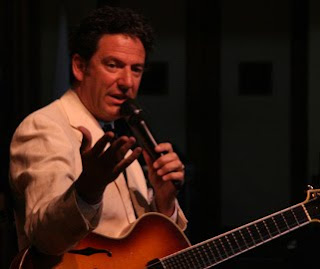 Here’s one such JP gem, part of his discussion about the fun he’s been having for five years on his syndicated broadcast show Radio Deluxe. He invited fellow vocalist Kurt Elling to be a guest – and he has become a multi-time guest, including a 2009 live taping at the Tanglewood Jazz Festival.
“I just really met him doing the show and we became friends right away,” Pizzarelli said. “We’re two very different singers with strong ideas about what we want to do about our music.”
He has tremendous admiration and respect for Elling’s work. “It is an intelligent act. It really is something smart and special,” Pizzarelli said. “It is enjoyable to watch because he demands your attention. It is not for the faint of heart.”
Posted by Ken Franckling at 7:25 PM No comments:

In our thoughts and prayers

Arriving home from work tonight, I was saddened to learn that saxophonist James Moody - one of the few remaining survivors of the Golden Age of Jazz - has been battling pancreatic cancer since February.

He and wife Linda informed fans yesterday of the situation, as reported so poignantly in the San Diego Tribune. He has elected not to have radiation or chemotherapy.

Thanks for all you've done, Moody. You're loved.
Posted by Ken Franckling at 7:26 PM No comments: 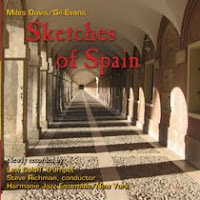 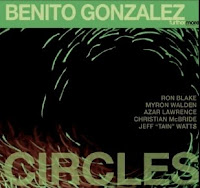 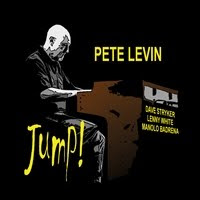 with the right band to inspire it. No chicken shack required. Pete Levin proves it on this fine self-produced session that teams him with the searing artistry of guitarist Dave Stryker and drummer Lenny White. Percussionist Manolo Badrena joins on half of the 10 tracks. The closer, covering Fat’s Waller’s “Honeysuckle Rose,” is dedicated to friend Joe Beck, who died two years ago.
Levin and Beck recorded the track as a duet but it was never released on any prior album. Levin added Danny Gottlieb on drums to make this an aural reunion, which was fitting since the trio had played may gigs together in the past. Other favorites: “The Big Dog is Always Right,” “Nostalgia in Times Square,” “Little Sunflower” and the lively title track. This is a welcome addition to the B-3 discography. It bubbles to the top among contemporary projects.
Posted by Ken Franckling at 7:04 PM No comments: