Roy Hargrove Big Band, Emergence (Groovin’ High/Emarcy)
Trumpeter Hargrove has dipped his horn, and his creative prowess, into a lot of musical pies over the past 20 years, including his hard- 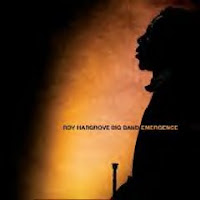 bop quintet, his Afro-Cuban Chrisol collaboration with Chucho Valdes, his funk- and hip-hop-oriented RH Factor, and various big band projects including a stint as featured soloist with Slide Hampton’s Dizzy Gillespie Alumni All-Star Big Band. Now he’s out with his own dream contemporary big band project. There’s not a dud in this mightily swinging project that covers multiple styles with the robust support of the 19-piece group. Highlights - his delicate reading and reworking of “My Funny Valentine” on flugelhorn, the Afro-Cuban sizzler “Mambo For Roy” and “Tchpiso.” Hargrove adds a rare vocal on “September in the Rain” and labelmate Roberta Gambarini joins the project on two tracks, Everytime We Say Goodbye” and “La Puerta.” This an August 25 release.

Simon Fisk Trio, Unless (Plunge/Warner)
More often than not, the combination of piano, bass and drums is described as a piano trio. The piano generally feels like the principal instrument, no matter that the leader and musical architect o 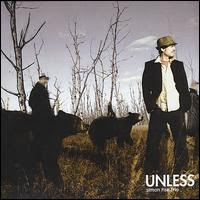 n this project is the bassist. This is Simon Fisk’s fifth CD as a leader, and it is a gem from the Calgary-based western Canada native. It is filled with breathtaking beauty and introspective improvisation, the result being a contemporary “piano trio” recording containing a blend of soft and hard-edged, rock-influenced elements that draw from Keith Jarrett (Fisk has been mentored by longtime Jarrett bandmate Gary Peacock), E.S.T. and others. Pianist Chris Gestrin and drummer Jerry Granelli contribute mightily to the project as empathetic partners on this mix of originals, free-wheeling improvisations and two standards: Nat Adderley’s “Old Country” and the ballad “In the Wee Small Hours of the Morning.”

hy I invite him. He always steals the show.” The diminutive, joyful musician is a blazing-speed master of the Colombian harp, a smaller-than-usual cousin of the concert harp. Personal favorites here: the title track “Entra Cuerdas “(Between the Strings), “Song of Hope,” “Colombian Dixie” and “Afro Seis.” At several points, the CD is also a marvel of melodic doubling and/or tripling and interplay with trombonist Marshall Gilkes and vibes player Joe Locke. It is also an excellent showcase for Gilkes, a Castaneda bandmate who is one of the more creative and daring young trombonists. Regardless of whether you’re a fan of obscure instruments, give Castaneda’s long-overdue project a listen. He likely will turn you into a fan of his spellbinding playing.
Posted by Ken Franckling at 7:01 PM