Donny McCaslin, Declaration (Sunnyside)
When I first heard tenor saxophonist Donny McCaslin in 1987, he was still a student at the Berklee College of Music in Boston. 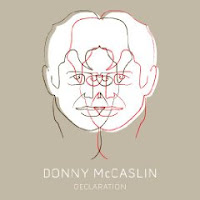 The thing that impressed most about his playing hasn’t changed. It’s his spirited intensity. And it is there throughout Declaration, often in tandem with another inside-outside player, guitarist Ben Monder. McCaslin’s sextet (also featuring pianist Edward Simon, bassist Scott Colley, drummer Antonio Sanchez and percussionist Pernell Saturnino) is augmented on roughly half of the eight tracks by a five-member brass section, which created new possibilities for McCaslin as a composer, arranger and improviser. Favorites: the shift between fervor and delicacy on “M” and “Fat Cat,” the plaintive feel of “Declaration,” the relative softness explored in his ballad “Jeanina” and the majestic scope of “Late Night Gospel.”

The Anthony Wilson Trio, Jack of Hearts (Groove Note)
There is something rhythmically intoxicating about the guitar-organ-drums trio combination, and this project contains the right el 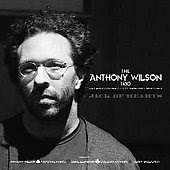 Earthsound, Movement (JD Jazz)
Boston-based Earthsound is doing its part in the new millennium to bring a healthier respect for the natural environment through music, 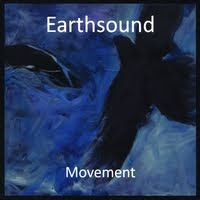 much like the Paul Winter Consort pioneered in the late 1960s. Jazz improvisation is at the heart of this project, which bubbles with world music influences from several continents - and a little help from frogs, Antarctic seals, birds and a variety of inhabitants of a Costa Rican rainforest. There is a decided Latin American feel to most of the music created by Earthsound, a quartet led by bassist Jason Davis, whose members include pianist Nando Michelin, flute player Fernando Brandão and drummer/percussionist Jorge Perez Albela. On four tracks, they improvise over field recordings of inhabitants of lakes, woodlands, rainforest and the sea. It also allowed Davis a chance to artfully meld his twin interests in music and ecology/environmental research. Favorites: “Ariane,” Michelin’s solo piece “Monteverde Slow,” Brandao’s “Hermit Thrush” and the Brazilian choro “Os Cinco Campanheiros.”
Posted by Ken Franckling at 6:22 PM