Newport festival names back where they belong

It sounds like the Newport Jazz Festival and Newport Folk Festival names are back in use by producer George Wein, starting with the 2010 editions.

When Festival Network LLC bought Wein's longstanding company, Festival Productions Inc., less than three years ago, it acquired the rights to use the two names, as well. After Festival Networ 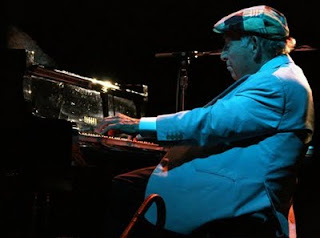 "George Wein and his original service company, Festival Productions Inc., are - and have always been - the exclusive owners and licensors of the federal trademarks, Newport Folk Festival® and Newport Jazz Festival®.Although Festival Network acquired certain of Wein's company's assets in 2006, Wein retained his exclusive ownership of the registered marks, and instead gave the new promoters a conditional license. That license automatically expired when the new venture closed down earlier this year. "

Somehow the lyrics "Come lift us up where we belong" fit this legal tune. And "we" - in this case ''they" - have arrived back home.
Posted by Ken Franckling at 7:37 AM