George Colligan, Come Together (Sunnyside)
Pianist Colligan long has been in demand as a sideman for a wide range of jazz greats, from Cassandra Wilson to Buster Williams an

d Christian McBride. While far from a newcomer as a leader (this is his 19th CD as a leader since 1996), Come Together may make more listeners take notice of his powerful skills as a player, composer and bandleader. It’s a session in which most of the tunes have either heart-felt inspirations or interpretations. The take-no-prisoners capabilities of bassist Boris Kozlov and drummer Donald Edwards are a perfect fit here. My favorites: Colligan’s cover of the Lennon/McCartney title track and two originals: “Have No Fear” and the wistful ballad “Open Your Heart.”

Lili Añel, Every Second in Between (Wall-I Records)
This one has been exercising in my CD player for a week - and doesn’t want to leave the musical gym. New York born and raised and 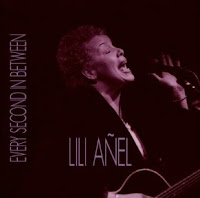 now calling Philadelphia home, singer-songwriter-guitarist Lili Añel has been plying and perfecting her jazz- and folk-tinged craft for some 30 years. Her wisdom and experience are the foundation for her music, which revolve a lot around the concepts of independence, empowerment and roots - and her percussive approach to the guitar that she credits to her Black and Cuban heritage. The only tunes she didn’t write in full are the ballad “So Far Away,” co-written with her identical twin sister, Barbara Añel, and her cover of the Nina Simone-associated “That’s All I want From You.” Grammy-winning producer and engineer winner Glenn Barratt produced this gem. My favorites: all 11 tracks. 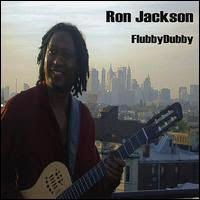 It’s a terrific spotlight for the leader’s versatile playing, and perhaps even more for B-3 player Kyle Koehler. There’s something mighty special when guitar and organ get into a groove, and they do here throughout. Drummer Otis Brown III completes the trio’s soulful, funky sound. Saxophonists Don Braden and Bruce Williams stop by to blow riffs on two tracks. My favorites: “One for Melvin,” which Jackson wrote for session producer Melvin Sparks, the title track “FlubbyDubby” and their thoughtful take on the ballad “Stars Fell on Alabama.”
Posted by Ken Franckling at 7:04 PM