Joel Frahm and Bruce Katz, Project A, (Anzic Records)
Many efforts to cover non-jazz material as a concept don’t cut it. This instrumental tribute to 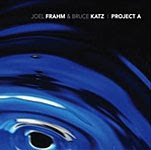 Aretha Franklin is strong right from the opening bars and never lets up. Hammond B3 player Bruce Katz brings out the soulful side of tenor ace Joel Frahm like most of us have never heard him. This was their first project, but I doubt it will be their last.

They tackled nine tunes associated with the Queen of Soul, including the self-penned “Spirit in the Dark” and “Rock Steady.” There is strong support here from guitarist Chris Vitarello, bassists Marty Ballou and Jerry Jemmott, and drummers Lorne Entress and Ralph Rosen, as well as appearances on three tracks by Jay Collins on baritone saxophone and Kenny Rampton on trumpet.
Frahm and Katz passed over the best-known tunes “Respect,” “Chain of Fools,” Freeway of Love” and “(You Make Me Feel Like) A Natural Woman” in favor of other equally soulful gems. Favorites: “The House That Jack Built,” “Rock Steady” and “What a Friend We Have in Jesus,” which features Vitarello on slide guitar.
Ted Kooshian’s Standard Orbit Quartet, Underdog, and other Stories…, Summit Records
Don’t tell Ted Kooshian that jazz can’t have a sense of humor. He knows how to have good fun with his Standard Orbit Quartet 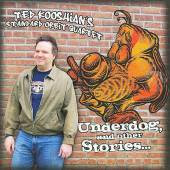 . Seriously. Underdog, and other Stories… primarily consists of songs that are very familiar, just not in a jazz context. This is a second edition of the pianist’s project of recording jazz versions of cartoon, TV and movie theme music -with interesting and unusual rearrangements - featuring his spirited quartet.

A zany take on the “Sanford and Son” theme song (written by Quincy Jones) is here, complete with slide whistle added to saxophonist Jeff Lederer’s arsenal. Quite fittingly, cartoon music king Raymond Scott is represented, as are the themes from “Underdog,” “Popeye,” “Baretta,” “The Odd Couple,” “Breakfast at Tiffany’s” and a soulful, gospel take on “Wild Wild West.” The theme from the “Little Lulu” cartoon show is even embellished with drummer Warren Odze’s use of an inverted plastic bucket like those employed by so many street drummers. A fresh take on Duke Ellington’s “Purple Gazelle” is a great choice just for its name. Ellington described the exuberant tune, also recorded as "Angelica" in his small group session with John Coltrane, as a "ragtime cha-cha." Enjoy the creative levity here, and the wonderful playing.
Posted by Ken Franckling at 8:07 PM