Melody Gardot, My One and Only Thrill

(Verve)
In terms of a very intimate and endearing sound, Melody Gardot seems comparable to my ears to the late French chanteuse Edith Piaf. It is a sound that forces us to really concentrate in on the lyric 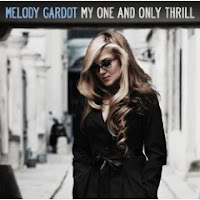 s. Gardot writes most of her own material, sometimes in collaboration, just as Piaf did.

In the acknowledgments within this new (second) full-length CD, Philadelphia resident Gardot even describes her music as “the soundtrack to my life” – a life in which she is a survivor of great health challenges caused by an accident five years ago with the then-19-year-old was struck by an SUV while riding her bicycle. She sings beautifully and intimately about what she has called “the beauty of impermanence and the art of gradual, sensual and universal embrace.”

As you listen to the songs, you’ll also discover on My One and Only Thrill that she is a poet of the first order, telling emotional short stories with great impact. Her first album, Worrisome Heart, which made several 2008 Top 10 lists (including my own), featured Gardot with her working band. This Larry Klein-produced sequel, with arrangements by Vince Mendoza, adds a variety off guest musicians, with strings on six of its 11 tracks. My clear favorites here include “Who Will Comfort Me,” “Your Heart is as Black as Night,” ”Lover Undercover” and “Deep Within the Corners of My Mind.” There is much to savor here and you are certain to discover your own favorites. A principally French track, “Les Étoiles” (The Stars) enhances the Piaf linkage. 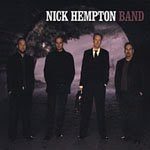 have an interesting edge to their sound on this debut CD. They have a fun time in which a serious sound is the result, such as on Hempton’s “The Artful Roger.” The three covers here include Benny Carter’s ballad “Lonely Woman,” Joe Henderson’s “Serenity” and the Johnny Burke-Jimmy Van Heusen chestnut “But Beautiful.” Hempton’s uptempo original “I’m a Nurse, I’m an Engineer” could be interpreted as the role of the jazz musician - to help heal, through music but also to design artful improvisation. But that’s just my spin on it. For an added bonus, check out Hempton’s own clever and witty liner notes.

April Hall, Fun out of Life

(Bee Boy Records)
Florida-born, Boston-based April Hall is a singer of great quality and taste, as shown on her new CD, her second as a leader. She sings great standards, but none of the tired tunes. You know what I m 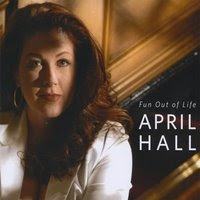 ean by tired tunes – the half-dozen or so songs that have been done to death by so many singers they really don’t need to be done again by anyone - but usually are ad infinitum. Hall has a great voice, a strong sense of material and a superb backing band, with Joe Mulholland on piano, Kenny Hadley on drums, Jon Damian on guitar on two tracks, and Tom Hall and Amadee Castanell sharing saxophone duties. In particular, this is a great showcase for Mulholland, whose sensitive accompaniment is as good as it gets. Hall is an award-winning songwriter, but this project celebrates the contributions of other musical wordsmiths. Her version of Michel Legrand’s classic “You Must Believe in Spring” is a tour de force.
Posted by Ken Franckling at 10:07 PM