This week, singers are in the spotlight... 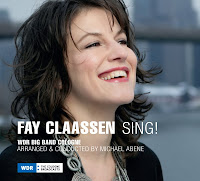 project was arranged and conducted by Michael Abene. On three tracks, the 18-piece big band was augmented by the 100-member WDR Rundfunkorchester for added depth and texture.

The material is wide ranging both in time span and original style: from Betty Carter’s “Tight” and Abbey Lincoln’s “Throw It Away” to Joni Mitchell’s “Be Cool,” Björk’s “Cover Me” and Miriam Makeba’s “Umhome.” Then there is more classic material from the likes of Louis Jordan, Billy Strayhorn, Tom Jobim and Cy Coleman. There is much to savor here, including strong soloing by, among others, pianist Frank Chastenier, trumpeter John Marshall, guitarist Paul Shigihara and alto saxophonist Karolina Strassmayer. 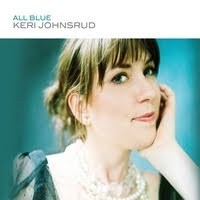 “Anything Goes” to the beautiful and distinctive melody of Miles Davis’s “All Blues.” The melding works wonderfully, as does Johnsrud’s cool and casual delivery throughout this project.
The CD also includes her reworking of Nat Adderley’s “The Old Country,” Buck Owens’ country classic “Cryin’ Time,” and a range of American Songbook material and more. The seven players supporting her in a range of groupings are excellent with great empathy throughout. You’ll enjoy the standout soloing by Matt Nelson on piano, keyboard and organ, flutist Matt Cashdollar and guitarist Ari Seder on various tracks. Johnsrud’s duet version of “But Beautiful” with Seder is just that. A low-key, laid-back beauty.
Posted by Ken Franckling at 9:26 PM