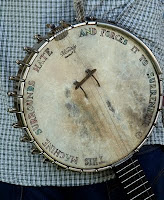 Some may have been surprised when 90-year-old folk troubadour Pete Seeger was featured September 19 in a prime-time performance at the Monterey Jazz Festival. He got a standing ovation when he walked on stage at the festival’s Arena venue.
Yes indeed, this land is our land.
And on the afternoon of Sunday, December 6, Sonny Rollins will take to the stage at Tarrytown NY Music Hall with his band to perform a benefit concert. It will be Rollin 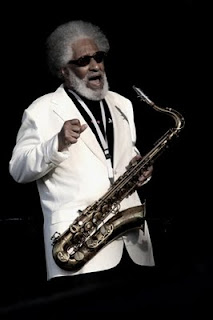 s’ first fund-raising performance for any cause… And the cause in this instance is the Hudson River Sloop Clearwater – an environment-focused vessel and nonprofit founded 40 years ago by singer Pete Seeger.
"Pete Seeger and I have the same heroes and beliefs. We are in the same family. He is my brother", says Rollins.
Besides brother, you say add neighbor. Rollins has called the Hudson Valley home since 1972.
Posted by Ken Franckling at 7:14 PM