Taking a closer look at CDs by The Cookers, Theo Croker, Laura Dubin and Rotem Sivan …. 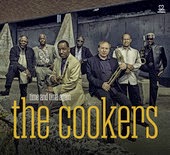 If you miss the robust, take-no-prisoners sound of Art Blakey’s Jazz Messengers, you’ll dig the hard-bop collective The Cookers. While Blakey’s band was an incubator for young musicians and future bandleaders, The Cookers is a superband of savvy veterans who have released four CDs together since forming seven years ago. These jazz heavyweights include saxophonists Billy Harper and Donald Harrison, trumpeters Eddie Henderson and David Weiss (also the bandleader), pianist George Cables, bassist Cecil McBee and drummer Billy Hart.
Most of the players penned material for Time and Time Again. Harper provided a pair of new tunes plus a fresh arrangement of “Sir Galahad,” which dates to his 1973 debut album Cara Black. Other gems here: Cables’ “Double or Nothing” and his elegiac Mulgrew Miller tribute “Farewell Mulgrew,” (also on Cables’ 2014 release Icons and Influences), and McBee’s “Dance of the Invisible Nymph.” There’s not a weak track here, and the playing is quite something. Time and Time Again is a most-worthy successor to their prior CDs, Warriors, Cast The First Stone and Believe. [Here's a link to the band's new promotional video.]
Theo Croker, Afro Physicist (DDB/Okeh) 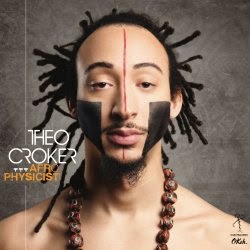 Trumpeter Theo Croker is riding high in visibility these days as a key member of singer Dee Dee Bridgewater’s band. His newest CD, Afro Physicist, was produced by Bridgewater. She sings on two of the disc’s dozen tracks: the standard “Save Your Love for Me” and “I Can’t Help It,” which Stevie Wonder and Susaye Green wrote for Michael Jackson in 1979. Vibes player Stefon Harris guests for an instrumental version of another Wonder tune, “Visions.”
Croker’s spirited playing and skilled writing shine through this mostly edgy CD, which has one foot in the classic jazz tradition as he boldly strides into the future in a wide range of band settings (solo trumpet, quartet, quintet, sextet, and, on a couple of tracks, as many as a dozen players). The core band includes pianist Sullivan Fortner, bassist Michael Bowie, drummer Karriem Riggins and guitarist David Gilmore. Fittingly, the classic jazz is right up front. The opener, “Alapa (For Doc),” is a gorgeous solo trumpet dedication to Croker’s grandfather, trumpeter Doc Cheatham, who performed from the 1920s until his death in 1997. His horn was silenced a week before what would have been his 92nd birthday. Check it out. 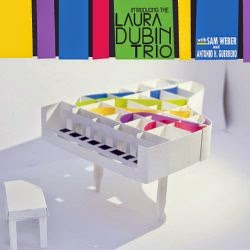 Rochester NY-based pianist and composer Laura Dubin has chops and then some. This debut CD of is all over the lot stylistically, which makes most sense for an introduction. Her versatility means she can perform in just about any jazz setting. The trio includes bassist Sam Webber and drummer Antonio H. Guerrero, who is her husband and CD co-producer. Favorite tracks are “Barcelona” and homages to three of her piano heroes: Horace Silver (“Silver Lining”), Oscar Peterson (“Ode to O.P.”) and Dave Brubeck (“Thank You For Your Time.”) The latter is a gem.
Rotem Sivan Trio, For Emotional Use Only (Fresh Sound New Talent) 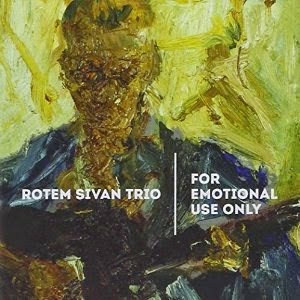 As a modern guitar player, Jerusalem-born Rotem Sivan has absorbed much from the jazz masters, but remains much the individualist. His translucent sound is often understated and shimmering on his many originals and his approach to standard fare. For Emotional Use Only finds him in his favorite performing context, a trio with bassist Haggai Cohen Milo and drummer Mark McLean. Their simpatico is marvelous. Finest moments: the title track and the exotic closer, “Blossom,” as well as the two standards included here. They are “A Dream is a Wish Your Heart Makes” from Disney’s “Cinderella” soundtrack (a beauty that’s rarely heard in a jazz context), and Antonio Carlos Jobim’s “Useless Landscape.”
Posted by Ken Franckling at 4:22 PM