The value of partnerships

Two announcements this week underscored the importance of partnerships in building or sustaining the jazz audience - and keeping the music fresh. That approach - including the role of corporate sponsorship - is something vital in the arts. George Wein was a pioneer in this area for jazz and, indeed, the performing arts 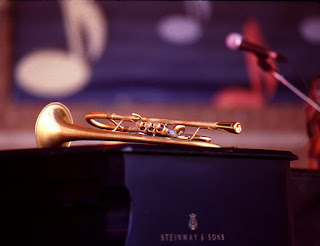 , when he developed naming rights opportunities for sponsors at his jazz festivals in the early 1970s. So it is not surprising that Wein figures in one of the newest developments.

Posted by Ken Franckling at 9:53 AM