(That’s Out Records)
The younger the musician, more generations - and genres - of musicians may have influenced him or her. That’s how the theory go 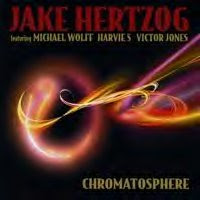 This quartet project teams Hertzog with Wolff, Jones and bassist Harvie S. Highlights include Hertzog originals “California Hills” and “Lullabye for a Dreamer,” (the latter is a great new song). Wolff uncorks a very strong solo on “Nectarine.” Hertzog offers a beautiful solo version of the Rodgers-Hart standard “Falling in Love with Love.” There is much here to enjoy.

(Pazz)
I’ve watched in fascination as Grace Kelly has grown from a prodigious 12-year-old with strong chops and passion for jazz. Now at ag 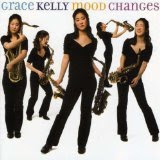 e 16, she tours the world, has a stunning array of mentors, including Phil Woods, Lee Konitz and Kenny Barron to name just a few, and is a freshman on full scholarship at Berklee College of Music. Heck, she's even been asked to perfrm the national anthem at tonight's Boston Celtics game. She’s developed as a player, has expanded from alto to include soprano and tenor saxes in her arsenal, and as a skilled songwriter. And she is just out with her fifth CD as a leader. (No. 4 was a well-received co-led project with Konitz called Gracefullee.)

Mood Changes is a dandy. My favorite track is her original “Tender Madness,” which has a cinematic feel. Its artful blend of happiness and melancholy is just waiting for the right soundtrack project to grab it. Four years ago, Kelly’s voice was unavoidably girlish. It has matured into a sound that serves her music well without being overbearing. “Comes Love” is a great example of her ability to use her voice in combination with her horn - in this case a swirling overdubbed blend with soprano and alto saxes. There’s also a stunning reworking of Bill Withers’ classic “Ain’t No Sunshine” with more than a few Kelly twists. Trumpeter Jason Palmer, pianist Doug Johnson, bassist John Lockwood and drummer Jason Perlson are featured here from her regular band. Perlson splits drum duties with Terri Lyne Carrington. Other guests include guitarist Adam Rogers and trombonist Hal Crook. This is a May 5 release.

(ECM)
There is an interesting dynamic at work in the saxophone-bass-drums trio. Sonny Rollins, Sam Rivers, Albert Ayler and more recently Joshua Redman have used it to great effect. So is Fly, the all-for-one 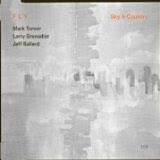 , one-for-all trio of drummer Jeff Ballard, bassist Larry Grenadier and saxophonist Mark Turner. All three members of this leaderless collective contribute compositions and share the soloing opportunities in very engaging ways.
This second CD by the group, a follow-up to 2004’s Fly on the Savoy label, offers contexts that comfortably range from abstract to free-spirited swing. Turner’s playing is a treat, particularly on tenor, where he has become a master of its alto-like upper register as shown on the opener, Ballard’s tune, “Lady B” and his own “Ananda Nanda.” This is a band that knows and shows how to make music that breathes; the open spaces in the players’ musical conversation are welcome – and become a key part of their dynamic. Curiously, at least five and perhaps six of the tunes are named for women. 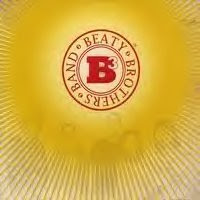 se it’s very existence is a testament to their against-all-odds perseverance. The twins, born in Beaumont, Texas, have struggled since they were youngsters, surviving a broken home, as well as parents and multiple step-parents with various addictions.
Their musical talents brought them out of that mess and to Michigan’s Interlochen Arts Academy boarding school program. Success at Interlochen netted them scholarships to the New School University. Arriving in New York, they had virtually nothing and were as much as homeless, stealing food or subsisting on two bowls of rice per day - or handouts. They began to make inroads as serious musicians. The work and struggles continued as trombonist Joe Beaty developed a rare heart problem that too five years to fix - only after two failed surgeries, one episode of cardiac arrest and a successful surgery in January 2009. Alto saxophonist John Beaty continued to work and support them both during this added challenge.
This CD was recorded in December 2007, when the brothers couldn’t be sure if this was to be just their first recording - or also their last. The project includes three longtime friends and bandmates - pianist Yayoi Ikawa, bassist Jim Robertson and drummer Ari Hoenig, a longtime associate of pianist Jean-Michel Pilc, who helped support the brothers through their recent struggles. This is a tight band. All seven Beaty Brothers originals are riveting and this project has a strong sense of vitality. At times, their very different horns blend as if they’re one. Ikawa’s electric and acoustic piano work is a strong complement.
Posted by Ken Franckling at 10:05 AM