x Hindustani folk music rhythms of northwestern India and Pakistan, and perform the resulting new music in a band that blends jazz and south Asian instrumentation (adding sitar and tablas primarily). The resulting funky blend of music on Flat Planet has a wonderful cinematic quality and uptempo groove.
There are several tunes that he calls Hindu boogaloos. I particularly like “Big Bangra,” “Blu Hindoo” and “Bengali Bud.” The latter track features Haque with Bengali sitar player Indrajit Banerjee and tabla player Subrata Bhattacharaya. Haque describes the opening track (“Big Bhangra”) as quite intriguing, which it is: “Funk drums and funky tablas go together so nice. Imagine a long, long caravan approaching the Rawalpindi spice bazaar complete with camels, donkeys and cassettes of Al Green for sale. Oi!”
The timing is perfect for this CD, as the phenomenal popularity of the Oscar-winning “Slumdog Millionaire” (including best original song and best original score and best soundtrack) draws more attention to south Asian culture – and may even help this project reach more ears.

Dee Alexander, Wild Is the Wind

, (Blujazz)
Chicago-based Dee Alexander displays the vocal talent that is deserving of far greater recognition beyond the Windy City. In developin 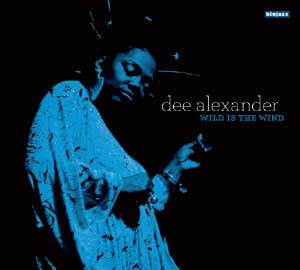 g her art, Alexander has drawn lbits from other masters who have had a tremendous impact in shaping her musical sensibilities, among them five women for whom last names are unnecessary: Sarah, Dinah, Carmen, Nina, Dee Dee. Her version of the title track shows the direct and poignant influence of Nina Simone, who made the song her own.
A clavé feel enhances “Surrender Love,” an infectious tune by the late trumpeter Malachi Thompson that showcases Alexander’s immense range. The original tune “Rossignol” (a French reference to a nightingale) has a segment that enables her to scat the sound of a violin, creating subtle counterpoint on the track for violinist James Sanders. There is much, much more to savor on this CD, including the skill and empathy of pianist Miguel de la Cerna.

(Zoho)
In a nutshell, this is a Jazz Messengers sound for the new millennium. Bassist Haines has assembled a horn-rich project that is anchor 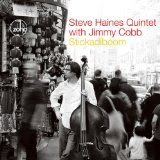 ed on six of its eight tracks by the great Jimmy Cobb. Haines penned seven of the tracks, and the session closes with Cobb’s crackling “Composition 101.”
The boogaloo title track “Stickadiboom,” which introduces Cobb into the mix here, refers to a sound made on the drums. “Sutak 9-1-1” is another high-energy gem. “Freightrain” has a rolling, perpetual motion feeling, though actually named for the quintet’s regular drummer, Thomas Taylor Jr. The project is a great showcase for Haines’ fine composing skills - and for the two horn players - Dave Lown on sax and Rob Smith on trumpet and sax.

Joel Larue Smith Trio, September’s Child (self-produced)
It is most appropriate that pianist Smith calls one of his original tunes here “Common Ground” – for this is a CD project that celebrates 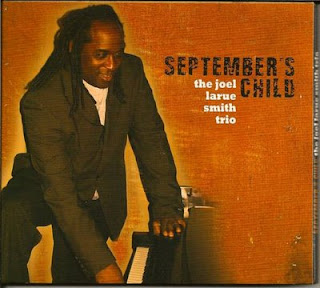 the wonderful intersection of jazz and Latin music, with a few hints of classical thrown in for good measure. Smith, who has largely flown under the radar, presents us with a gem.
Virtually all of the material (principally originals) is from the Latin genre or has been re-arranged to take advantage of Latin energy and rhythms, and of course, the clave. He even reworked Wayne Shorter’s ballad “Fall,” first heard on Miles Davis’s Nefertiti recording, to give it an intriguing Latin flavor. The former Mario Bauza sideman also includes the Bauza classic “Mambo Inn” and Armando Peraza’s “Barandanga,” as well as Pedro Flores’ “Obsesion.”
“Miramar,” “Narrow Escape” and the title track are standouts among the originals. Treats abound, thanks to the wonderful teamwork of Smith, bassist Fernando Huergo and drummer Renato Malavasi.
Posted by Ken Franckling at 6:35 PM