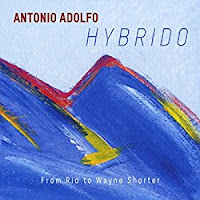 Here’s a fascinating tip-of-the-hat to jazz composer Wayne Shorter by pianist and arranger Antonio Adolfo. He re-arranged eight classic Shorter tunes in ways that give each of them Brazilian rhythmic cushions. The material includes “Deluge,” “Footprints,” “Beauty and the Beast,” “Prince of Darkness,” “Black Nile,” “Speak No Evil,” “ESP” and “Ana Maria.”

Adolfo at various points uses the baião, guarânia and samba rhythms to great effect. The exotic results are quite beautiful, such as the octet’s guarânia treatment of “Footprints,” which features Ze Renato on wordless vocals, and the horn section’s major feature on “Speak No Evil.” Marcelo Martins’ tenor and soprano sax, and flute work is marvelous throughout. Adolfo closes the project with “Afrosamba,” a propulsive original that combines samba and the afoxé musical genre to celebrate Shorter’s influences on his own work. 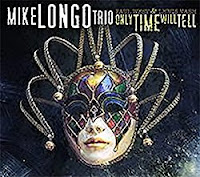 Mike Longo Trio, OnlyTime Will Tell (Consolidate Artists Productions)
Pianist Mike Longo spent 26 years as Dizzy Gillespie’s pianist and musical director. This fine recording is Longo’s 26th CD as a leader since forging his own musical path as a composer and player in the early 1990s. In addition to performing several originals, Longo, bassist Paul West and drummer Lewis Nash put their own updates to classic jazz material and one unexpected popular standard: a samba version of “Tomorrow,” the hit song from the musical “Annie.” Favorites: their romp through Oscar Pettiford’s “Bohemia After Dark” and Longo’s poignant and beautifully evocative title track. 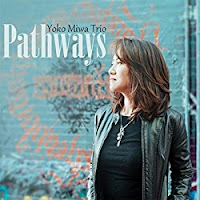 Yoko Miwa Trio, Pathways (Ocean Blue Tear Music)
Japanese-born pianist Yoko Miwa won a scholarship to the Berklee College of Music in 1997, intending to stay just one year. Twenty years later, she’s still in Boston – where she has developed into an integral force on the area’s thriving jazz scene with her fine, straight-ahead playing and creative spirit. Pathways is Miwa’s first CD in about five years. It stacks up as one of the finest releases to cross my desk so far in 2017.

She’s teamed with her longstanding trio mates, bassist Will Slater and drummer Scott Goulding, who is her husband. Brad Barrett has since taken over the bass role, and plays here on the final track, her exploration of the Lennon-McCartney ballad “Dear Prudence.” Every track here is a gem. The band’s 11-minute exploration of Joni Mitchell’s “Court and Spark” is the most stunning. Other favorites include two originals, the McCoy Tyner-ish “Lickety Split” and the dreamier “Lantern Light,” and a romp through Marc Johnson’s “Log O’Rhythm.” Check this one out. 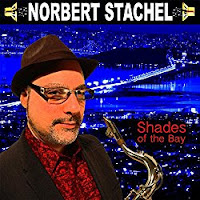 Saxophonist Norbert Stachel is a talented instrumentalist who has been working for decades as a sideman and section player for many big-name jazz, pop, rock and soul groups. On this project, we get to hear many of his facets as a writer and a player. While a dozen other players are featured on various tracks, Stachel is all over the place thanks to multi-tracking. On some tunes, he’s a virtual reed chorus all by himself.

Here’s one example: “Step On It,” layers Stachel’s playing on soprano and baritone saxes, flute, clarinet, bass clarinet and shaker. Others include tenor and bass saxophones, tambourine, keyboards, African shells, and bass. The gems here include “Crawdaddy Dance,” the funky “Last Minute Blues,” and “For Tito,” which he wrote to honor Tito Puente, one of many bandleaders he worked with over the years. His sidemen here include Karl Perazzo on congas, Ray Obiedo on guitar and Dave Mathews on piano and organ. Stachel sticks to flute alone for his wistful “Goodbye Elgin Park.” 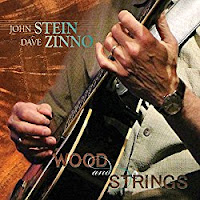 The fine art of musical conversation, rooted in timeless jazz standards that become a shared vocabulary, is at the heart of this fine new CD from two New England jazz stalwarts. Guitarist John Stein and bassist Dave Zinno showcase their talents as improvisers who respond deeply and inventively to each other’s ideas. They allow those ideas to linger and sink in, not talking over each other. In addition to four originals from Stein and one from Zinno, they explore the nuances of nine jazz standards. Favorites: Stein’s sprightly “Switch-a-roo,” Zinno’s “Song for Now,” Antonio Carlos Jobim and Vinicius De Moraes’ pensive “Modinha,” as well as  Johnny Burke and Jimmy Van Heusen’s timeless “But Beautiful.” But in these hands, everything here is a gem to be savored.

Posted by Ken Franckling at 4:15 PM