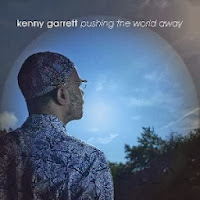 Kenny Garrett’s well-deserved reputation as one of the world’s fiercest alto saxophonists isn’t going to lock him in a pigeonhole. No sir. The cat capable of playing a live set that stretches out two or three tunes into 45 minutes+ is not the Garrett you’ll find here. Partly he’s in a tribute mode, with beautifully composed and performed tunes that tip his hat to Chick Corea (the Spanish- and Moroccan-tinged “Hey, Chick”), Chucho Valdés (“Chucho’s Mambo,” featuring pianist Benito Gonzalez and percussionist Rudy Bird) and Sonny Rollins (“J’ouvert,” a St. Thomas-like calypso.) There’s a lot of the Garrett intensity here and there, but my absolute favorite track is his laid-back and soulful tribute to co-producer and longtime friend Donald Brown. “Brother Brown” is a beautiful ballad that features Garrett on piano (now there’s a twist) backed by a string trio. 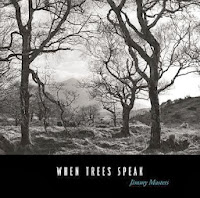 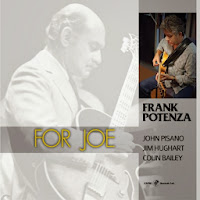 If you dig the melodic side of jazz guitar, you’ll love this Joe Pass tribute from protégé Frank Potenza. He’s joined by Joe Pass’s longtime band-mates – guitarist John Pisano, bassist Jim Hughart and drummer Colin Bailey. Highlights include “Catch Me,” a blistering tune that was the title track on Pass’s first album as a leader; Pisano’s tribute tune “Blues for Joe”; and “For Django,” which Pass wrote in tribute to late gypsy guitarist Django Reinhardt. Other treats: their takes on the Pass original “A Foxy Chick and a Cool Cat,” Earl Hines’ “Rosetta” and the standard “Beautiful Love,” which was a Pass favorite to play. It’s very fine indeed.

This is another gem in a very long string of gems from talented West Coast singer Tierney Sutton. (Never mind that she’s a Midwesterner by birth and was educated in the Northeast. She has been based in Southern California for all of her recording career.) After Blue is Sutton’s exquisite tribute to the songs and singing of Joni Mitchell, with a long list of collaborators that includes the Turtle Island String Quartet, pianist/organist Larry Goldings, drummer Peter Erskine, singer Al Jarreau and flute player Hubert Laws on various tracks. Most tracks are spare, with only one, two or three accompanists save for the two tracks on which she’s wonderfully supported by the Turtles (“Blue” and “Little Green”). The minimalist backing further illuminates Sutton’s way with a song.


This is also the first recording in 20 years on which Sutton has eschewed the personnel of her Tierney Sutton Band, save for an appearance on one track by TSB bassist Kevin Axt. Favorites: her spartan duet with drummer Ralph Humphrey (an occasional TSB sub) on “Big Yellow Taxi,” her piano-voice duet with Goldings on “Woodstock,” her duet with Turtle Island String Quartet member Mark Summers on “Both Sides Now,” guitarist Serge Merlaud’s duet with Sutton on “Answer Me, My Love” and a clever Sutton-arranged medley blending the lyrics of “April in Paris” and Mitchell’s “Free Man in Paris.” Trust me, it’s all good.
Posted by Ken Franckling at 6:01 PM