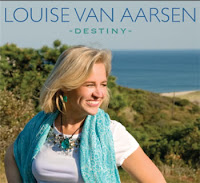 This jazz newcomer is a breath of fresh air. Louise Van Aarsen, born in The Netherlands and based in Boston, comes out of the cool jazz vocal style. She keeps any temptation to belt the lyrics in careful restraint. What’s most intriguing is her lack of interest (bravo) in covering the rather boring standard fare that become a trap for so many developing singers. In actuality, she was a prolific songwriter who evolved into a singer as well. Van Aarsen wrote, or in a couple of instances co-wrote, the music and/or the lyrics for all 14 tunes here. The concept was to present something very personal in meaning – and she has done that exquisitely. Each is a take on a different aspect of love and relationships. Rebecca Parris produced this session, which is another solid ring of endorsement for Van Aarsen. (Her “day job” is being a scientist with a Ph.D. in cancer research.) The solid corps of 17 musicians and backing singers here includes pianist Doug Hammer, saxophonist Arnie Krakowsky, harmonica ace Mike Turk, bassists Peter Kontrimas and Oscar Stagnaro, cellist Eugene Friesen and singer Parris. 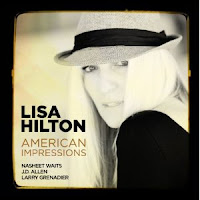 This CD has an unusual concept behind it – and pianist/composer Lisa Hilton has pulled it off. She used that most American of music forms – jazz – to pay tribute to some of her impressions of everyday life in America, folding in tinges of the blues, minimalism and Americana. Her originals were inspired by things like the roar and thunder of a subway, the gentle beauty of a rainshower, the searing feel of a day that’s way too hot, etc. Saxophonist J D. Allen, bassist Larry Grenadier and drummer Nasheet Waits are along for this cross-country ride. Gems include “When It Rains,” “Too Hot,” “Subway,” “American Suite” and her eloquent take on Joni Mitchell’s “Rainy Night House.” Allen stands out on “Anatomy of the Blues” and Hilton’s interpretation of Duke Ellington’s “Echoes of Harlem.” 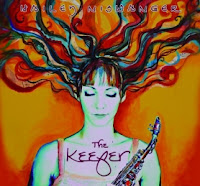 Alto and soprano saxophonist Hailey Niswanger (pronounced “NICE-wonger”) is a remarkable young player with an affinity for bebop and a touch of jazz edging toward controlled chaos. The latter may result in part to her 21/2-year stint in Boston’s eclectic Either/Orchestra while attending the Berklee College of Music. Niswanger, 22, is now on the New York scene but for this project called on her longtime Berklee undergrad bandmates – pianist Takeshi Ohbayashi, bassist Max Moran and drummer Mark Whitfield Jr. Berklee alum and faculty member Darren Barrett adds his trumpet to the mix on three tracks. This is a solid and pleasant musical adventure that in part pays tribute to several of her mentors. Tops: Her originals “Straight Up,” “The Keeper” and “Tale of the Dale” (the latter featuring Barrett), as well as her revisit of Miles Davis’s “Milestones.” 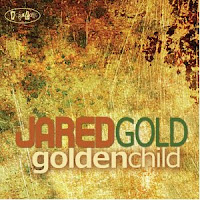 By it’s very nature, the Hammond B3 organ has a funky sound, but not all of the music produced on it has the greasy “chicken shack” feel associated with the late Jimmy Smith. I love that sound, dripping with soul, but I also like the cleaner, more contemporary sound that has evolved from the work of players like Larry Goldings, Sam Yahel and now Jared Gold. The leader, backed by guitarist Ed Cherry and drummer Quincy Davis, has a mighty groove of his own when covering classics like Sam Cooke’s “A Change is Gonna Come,” Johnny Nash’s “I Can See Clearly Now,” Jimmy Webb’s “Wichita Lineman and Duke Ellington’s ”In a Sentimental Mood.” But you get to hear his full voice on Gold’s original material. The title track, “Hold That Thought” and “Times Up” stand out. The trio interplay is exquisite here.

Posted by Ken Franckling at 3:20 PM