Sonny’s still on a Roll

The high honors, perhaps long overdue, keep on rolling in for saxophonist Sonny Rollins. His historic 80th birthday concert in New York’s Town Hall three nights after his September 7 birthday was one of the top jazz events of 2010 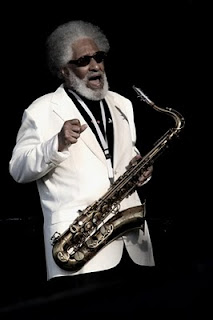 Then you add in Edward MacDowell Medal, a lifetime achievement award from the Montreal International Jazz Festival, being the subject of an artful and insightful book (John Abbott and Blumenthal's Saxophone Colossus: A Portrait of Sonny Rollins) and induction into to the American Academy of Arts & Sciences, the nation's oldest and most prestigious honorary society.

Now, Rollins is on the eve of visiting the nation’s most famous address: 1600 Pennnsylvania Avenue.

Tomorrow, Wednesday March 2, Rollins will be one of 10 recipients of the 2010 National Medal of Arts for outstanding achievements and support of the arts. President Barack Obama will do the honors in an East Room ceremony at the White House. The medal is the nation's highest honor for artistic excellence.

The National Endowment for the Arts, which has announced its intention to eliminate the NEA Jazz Masters awards program going forward, organizes this one as well. And it is good to see jazz have a prominent place.

Time permitting, you can tune in via the Web to watch tomorrow’s event at 1:45 pm Eastern Time at http://www.whitehouse.gov/live.
Posted by Ken Franckling at 8:01 PM