Taking note of newcomers, up-and-comers
The Saratoga Performing Arts Center’s annual jazz festival in bucolic Saratoga Springs, N.Y., is many different things to the thousands of attendees, some of whom seem to be there every single year.

It’s a chance for summer weekend reunions of families, extended families and groups of friends - who roll in with coolers, lawn chairs, tarps and tents each day and their own branded signage during the last weekend in June.

It’s a chance to experience a village fair-like musical smorgasbord: catch a bit of music (generally jazz, blues, R&B and a bit of world music), on the main stage, bask in the sun or duck for cover during a gentle shower, catch a bit of the afternoon series on the smaller stage up the hill, and wander through the huge arts and crafts tent. Or groove to the drum 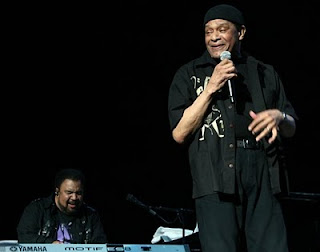 circle one group of attendees sets up under one of the balcony ramps every year - performing between main stage sets.
George Duke, Al Jarreau ...>

For two days, it feels like a community unto itself. For more mainstream tastes, SPAC’s main stage amphitheatre offers the bigger names, the household names for the most part - Ramsey Lewis, Ahmad Jamal, Ann Hampton Callaway, Taj Mahal, Al Jarreau 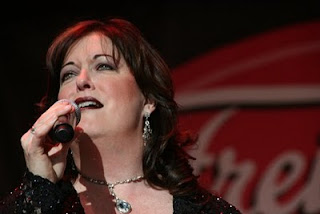 The Gazebo stage up the hill has evolved through the years to be the up close and personal showcase for fresh talent and newer bands. It’s where you get the energizing, affirmation that jazz will be in good hands for many years to come.

There were several personal highlights among this year’s showcase opportunities at the festival’s 33rd edition:

Trio of Oz - This festival marked the North American debut of this stunning new band with drummer Omar Hakim, pianist Rachel Z and bassist Maeve Royce. You’ll hear an original dropped in here and there, and something by Nicolazzo’s old boss Wayne Shorter, but this is principally a chance to put a terrific jazz twist on rock music that has touched the players deeply – with a songbook that stretches from Alice in Chains to Coldplay, Depeche Mode, Dungen, Police and Stone Temple Pilots. The way they stretched
“King of Pain” and “Angry Chair” was fascinating. Royce’s powerful and rock-solid bass notes are the glue for Hakim and Z to dig deeper into the music. 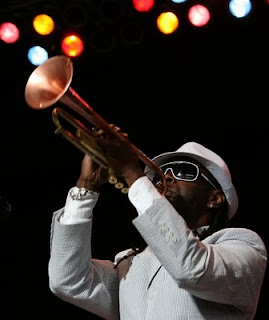 Trumpeter Mario Abney, > who calls New Orleans and Chicago his home bases. His hard bop-rooted sextet bubbled with hip-hip energy and enthusiasm, the three-man horn line working the crowd second-line-style twice to close the Saturday Gazebo schedule - once on “Rollin” and on the encore, “When the Saints Go Marchin In” - in a set that went 20 minutes over schedule. People loved it. One woman even jumped atop a picnic table under a nearby tree to grove to the musical energy - with her hula hoop. 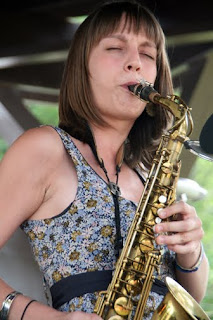 rom Portland, Oregon, is the latest wunderkind to emerge from the Berklee College of Music in Boston. Her sound is anything but derivative. She lets her melodies breathe and is judicious in the notes she opts to play, particularly on soprano. Niswanger >> (pronounced NICE-wonger) does kick her intensity up a bit on alto. She offered her takes on Coltrane, Monk, Ornette Coleman, Ellis Marsalis and three originals. Keep your eyes and ears open. This young adventurer has also been working for the past year in the Boston-based Either/Orchestra big band.

Saxophonist JD Allen’s trio with Gregg August on bass and Rodney Green on drums. This is a rising talent with a great sound, and Saratoga offered him an upstate showcase - outside the New York club scene. 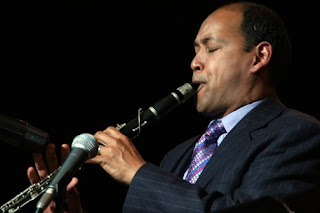 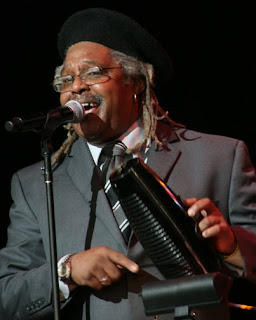 Spain” (lyrics by Al Jarreau) and “At Last.” Ramsey Lewis’s longstanding trio celebrated the core of his gospel and Chicago blues grounded sound. 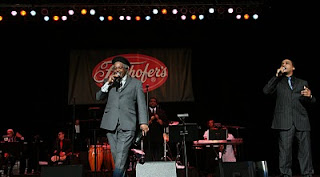 ro-Cuban All Stars in a 70-minute energetic set that had many in the crowd up dancing at their seats – or in the aisles.