New Orleans singer Roderick Harper pulled in a talented mix of his Crescent City jazz colleagues for this this vocal gem. His primary support comes from pianist Oscar Rossignoli, bassist Robin Sherman and either Chris Guccione or Gerald Watkins on drums. It’s heartfelt and soulful, whether Harper is tacking pure ballads or R&B classics like Donny Hathaway’s “Someday We’ll All Be Free,” which teams the singer with pianist Jesse Davis and bassist Amina Scott. Saxophonist Donald Harrison, pianist Ellis Marsalis and drummer Jamison Ross also join the fun on one track apiece. Harrison is featured on the lively opener “Infinite Heart,” while Marsalis and Ross join Sherman in the rhythm section on “Never Let Me Go.” 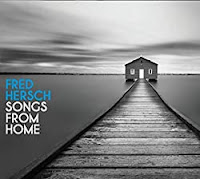 If you’re a fan of solo jazz piano at its finest, don’t miss Songs From Home. New York-based pianist Fred Hersch recorded this  last August while sheltered in his second home, which is tucked away in the woods of Pennsylvania. In addition to two originals, the material covers a wide-range of musical influences dating back to the pop music of the 1960s before he knew what jazz was. Gems: his artful freshening of Jimmy Webb’s “Wichita Lineman,” his delicate approach to Joni Mitchell’s “All I Want,” and his cover of Kenny Wheeler’s “Consolation – A Folk Song.” Also in the mix, a bit of the Beatles, a few Great American Songbook classics, and a natural choice for 2020-21’s unusual times, Duke Ellington’s “Solitude.” Pianist Lisa Hilton teams up with her longtime trio mates, bassist Luques Curtis and drummer Rudy Royston, on a wide-ranging balm to ease the stresses of the pandemic. More Than Another Day shimmers and swings with authority and the players’ deep musical connectivity. Hilton, a musical abstractionist, has taken the music on this, her 23rd recording, in a variety of directions – laid-back balladry, the gentle side of the blues, and a decided Latin tinge on three tracks. Favorite tracks: the teasing moods of “Blues & Beauty,” the Latin-charged burner “Karma Chaos,” the gorgeous, meditative closer “So This is Love” and her Latin refresh to the session’s only cover, Cole Porter’s “I’ve Got You Under My Skin.” 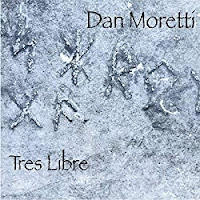 New England–based saxophonist Dan Moretti is a mighty versatile jazz musician, comfortable playing in every setting. With a strong underpinning of funk and Latin rhythms, his longstanding favorites, Tres Libre celebrates his creativity as a conceptualist and improviser. He’s supported primarily by longtime rhythm partners Marty Ballou on bass and Marty Richards on drums, with guest artists on bass, guitar and Latin percussion on various tracks.  “Escrito Jazz Libre” teams him in a free-jazz romp with two Cuban jazz masters, conguero Jorge Najarro and bassist Hernando Isaza Cano. The finale, “The Missing Breath,” is all Dan – a reflective solo track that’s a choir of three overdubbed tenor saxophones. This is a beauty. 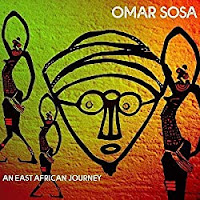 Cuban-born pianist Omar Sosa blends jazz with world music on this project. He recorded its core material on a December 2009 tour that brought his trio to eight East African nations). Sosa took the time at each stop to make field recordings of local folkloric musicians in Madagascar, Kenya, Sudan, Ethiopia, Burundi, Zambia and Mauritius. Their vocals and distinctive African instrumentation were blended here with Sosa’s piano artistry and on a few tracks, vocals and percussion. His sparkling jazz improvisation and comping, added a decade after the tour in most cases, created a distinctive and fascinating musical hybrid. Singer Veronica Swift continues her fascinating, and rapid, upward trajectory. Her second Mack Avenue recording, This Bitter Earth, puts her times-have-changed illumination on songs that underscore some of the social problems still haunting the world. Racism, sexism, domestic abuse, the disturbing rise of fake news are undercurrents that run through the various songs from jazz, musical theater, classic R&B and current-day rock. She sets the tone to follow with the title track, which was Dinah Washington’s 1960 signature song. Swift brings a fresh sense of innocence lost to its mournful underpinning. Other gems include her takes on Gerry Goffin and Carole King’s’ provocative “He Hit Me (And It Felt Like a Kiss)” (a hit for The Crystals), Dave Frishberg’s “The Sports Page” and the optimism that courses through her version of The Dresden Dolls’ art rocker “Sing.” Her fine band features pianist Emmet Cohen, guitarist Armand Hirsch, flutist Aaron Johnson, bassist Yasushi Nakamura and drummer Bryan Carter. To sum this song-cycle up in one word, I’ll just say “wow.”

Posted by Ken Franckling at 2:08 PM