This edition empties the Jazz Notes review bin for 2017. These autumn arrivals caught my ear.


Rahsaan Barber, The Music in the Night (Jazz Music City) 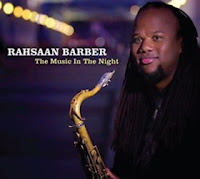 Saxophonist Rahsaan Barber and his trombone-playing twin Roland were given the nudge to play jazz at birth. Both were named after late saxophonist Rahsaan Roland Kirk. This latest project by the Nashville native explores standards – but not just the usual jazz chestnuts. Barber also digs deep into instrumental versions of Stevie Wonder’s “Isn’t She Lovely” and the Michael Jackson hit “She’s Out of My Life.” Other gems include a reggae-rhythmed take on “My Funny Valentine” and a robust version of “The Backbone,” which Butch Warren penned for Dexter Gordon’s 1962 LP A Swingin’ Affair.

Barber has splendid backing from his rhythm section: pianist Matt Endahl, bassist Jack Aylor and drummer Derrek Phillips. Guitarist James DaSilva joins the fun for four tracks. Most interesting are two very different takes on Jobim’s classic bossa nova “The Girl from Ipanema.” The first is straight-ahead. The closing version is a dreamy reinvention based on the original’s chord changes. It captures the sultry mood but only adds the barest hints of melody. It makes a fine bookend with the opener: the cover of “Isn’t She Lovely.” 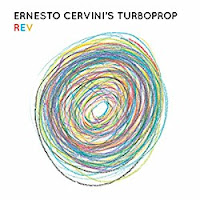 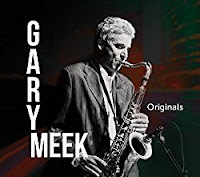 Tenor saxophonist Gary Meek has a strong sound that has graced many a recording project over the years as an in-demand West Coast sideman. This, his first project as a leader in 15 years, is a gem. He pulled together a splendid mix of other jazz all-stars to record eight of his originals, hence the CD title.

The band includes trumpeter Randy Brecker, pianist Mitchel Forman, bassist (and session producer) Brian Bromberg, drummer Teri Lyne Carrington and guitarists Bruce Forman. Guitarist Michael Lent and percussionist Airto Moreira join on the gorgeous track “Suite for Maureen.” Favorite tracks here include “What Happened to My Good Shoes?,” a showcase for Brecker; the off-kilter and aptly titled “When You’re a Monk”; “Spiritual for Iris; and Mr. DG” – a tribute to late pianist Don Grolnick. The jazz world knows Meek as a solid player. This gem of a session also underscores his immense talents as a composer.

Marcus Monteiro, Another Part of Me (Whaling City Sound) 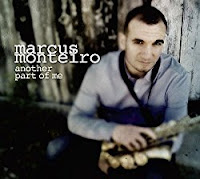 Southeastern Massachusetts-based alto saxophonist Marcus Monteiro surrounded himself with area jazz heavyweights for this session blending strong takes on jazz and pop material plus a few originals. They tackle Horace Silver’s classic burner “Sister Sadie,” Michael Jackson’s “Another Part of Me,” the Stevie Wonder hit “For Once in My Life” and Soundgarden’s “Fell on Black Days.” 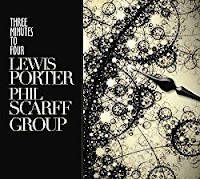 Lewis Porter-Phil Scarff Group, Three Minutes to Four (Whaling City Sound)
Pianist Lewis Porter and saxophonist Phil Scarff have quite a hybrid here. It’s contemporary jazz with many absorbed influences bubbling up throughout the session. They include Indian ragas, a bit of classical music as well as music from Ghana. One would expect no less when a project involves Scarff, better known as leader of the world-jazz ensemble Natraj. This project teams them with bassist John Funkhouser and drummer Bertram Lehmann. Favorite tracks: “Bageshri-Baheshwari (Part 2),” Porter’s “Long Ago,” Scarff’s “Skies of South Africa Suite” and their take on Sonny Rollins’ “Striver’s Row.” All told, it’s exotic and swinging

Jeff Rupert with Veronica Swift, Let’s Sail Away (Rupe Media)
This one arrived a few days too late for my “Best of 2017” list and was released a bit too early for 2018 consideration – but it needs to be heard and savored. Tenor saxophonist Jeff Rupert’s quartet with pianist Richard Drexler, bassist Charlie Silva and ex-Bill Evans drummer Marty Morell is joined by rising star Veronica Swift. 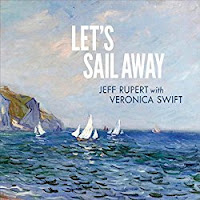 The 23-year-old singer was second-place finisher in 2015’s Thelonious Monk Jazz Competition. She works seamlessly with this outfit – as a straight-ahead singer, talented scat singer, vocalese master (writing and singing words to classic jazz solos), and has an uncanny ability to emulate horns with her perfect-pitch voice. There’s no doubt that Veronica has jazz in her musical DNA. Her mother is singer Stephanie Nakasian and her father was the late bebop pianist Hod O’Brien – and she absorbed influences from each of them.


Highlights include the band’s take on Vince Guaraldi’s “Ginza Samba,” Swift’s original vocalese from a Stan Getz solo on “Pennies From Heaven” on a classic Oscar Peterson/Getz LP. There is an enlarged horn section on this 10-minute Rupert arrangement of George Gershwin’s “Rhapsody in Blue” – with Rupert, Dan Miller on trumpet, Christian Herrera on trombone and Sol Dautch on baritone sax – and Swift adding vocal horn riffs seamlessly. This one stayed in my CD player for about two weeks straight. I couldn’t stop listening.

San Francisco String Trio, May I Introduce to You (Ridgeway) 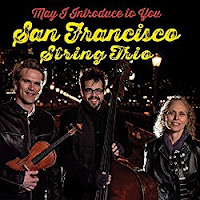 What a splendid idea for a jazz project. Violinist Mads Tolling, guitarist Mimi Fox and bassist-vocalist Jeff Denson teamed up here to instrumentally reimagine Sgt. Pepper’s Lonely Hearts Club Band and celebrate the 50th anniversary of the classic Beatles album. They explore all 12 songs from the Beatles’ original 1961 project.

Denson, a longtime collaborator with alto saxophonist Lee Konitz, adds intriguing vocals to the mix on three tracks: “Fixing a Hole,” “Getting Better” and “A Day in the Life.” This gem - presenting familiar, mainstream material in a new way - was the trio’s debut album. All three players are on the faculty at the California Jazz Conservatory. Who knows what they might have up their sleeves for the next recording.
Posted by Ken Franckling at 4:59 PM