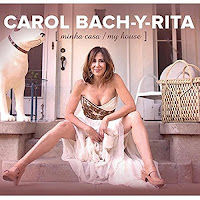 California-based singer Carol Bach-y-Rita’s latest gem is Mina Casa/My House, on which she seamlessly blends her love of Brazilian music, bebop and straight-ahead jazz. She and her band have found artful ways to add unusual swinging feel to a variety of tunes on this, her second CD as a leader. They include a Brazilian twist to Dizzy Gillespie’s “A Night in Tunisia” and adding samba/reggae feels to Joni Mitchell and Charles Mingus’ classic “The Dry Cleaner from Des Moines.” Most interesting are her take on pianist Bill Cantos’ clever and witty “Morning Coffee” and her own “Gardening With No Pants.” The latter tune, a duet with Brazilian percussionist Dudu Fuentes, reveals much about the challenges, highs and lows of romance-fueled relationships through her rich use of double entendre and metaphors. Cantos, guitarist Larry Koonse, bassist John Leftwich and drummer Mike Shapiro add much to the project as performers and arrangers.


Winston Byrd, Once Upon a Time Called Right Now (Ropeadope) 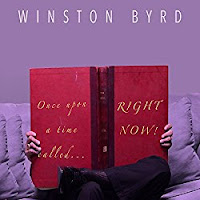 Trumpeter Winston Byrd, long a fixture on the Philly, New Jersey, Delaware jazz scenes, moved west to L.A. a few years back. The change in geography did nothing to diminish his power and versatility as a first-call trumpeter. His jazz credentials have included work with drummer T.S. Monk’s band and Gerald Wilson’s Jazz Orchestra. He’s now a regular in actor-singer Craig Robinson’s The Nasty Delicious funk band. This very personal project calls on a team of 30 musicians who support Byrd’s horn work in various combinations through the many contexts in which Byrd is so at ease. Favorites: his rambunctious take on Ornette Coleman’s “Ramblin’,” his cover of Dave Brubeck’s “Blue Rondo a La Turk” and a gem of a duet with pianist Steve Rawlins on cellist Eugene Friesen’s lovely “Anne Rising.” There’s also a very nice homage to a longtime mentor on Clark Terry’s classic “Mumbles” with Byrd and trumpeter George Rabbai trade scat vocals. Byrd’s muted trumpet work on Eric Otis’s “Grandma Jo’s House” has the ethereal beauty of a late 1980s Miles Davis sound. 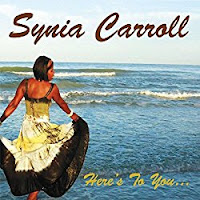 Synia Carroll, Here’s To You (self-produced)
Sarasota-based Synia Carroll is out with a gem of a debut recording. Here’s To You… teams the singer with her steady rhythm section. The trio members – pianist Billy Marcus, bassist Don Mopsick and drummer Stephen Bucholtz – are terrific accompanists and soloists in their own right and bring much to the music. Dig their groove and Marcus’s romping solo on “My Favorite Things.” Max Kelly adds Latin percussion on three tracks. Carroll has a wonderful lilt and an innate sense of time that enables her to wrap herself inside a song and make it her own. Much to her credit here, she stayed away from the most tiresome standards, opting for ones deserving more attention. Gems here include her takes on the Nina Simone hit “Be My Husband,” Mongo Santamaria’s “Afro-Blue” and the smoldering “Black Coffee.” Other favorites: “My Baby Just Cares for Me,” Edu Lobo’s “Tristeza” (“Goodbye Sadness” and the Shirley Horn-Joe Williams staple “Here’s to Life.” She’s used them to paint her own portrait of love and romance. 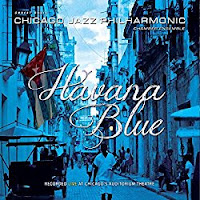 
This ambitious project captures the multi-faceted Afro-Cuban rhythms, passion and energy that Davis explored on the island. Davis wrote all of the title suite except for a brief cover of Cuban composer Ernesto Lecuona’s classic “Al Fin Te Vi.” The studio tracks include the ensemble’s takes on Dizzy Gillespie’s “Manteca” and Jobim’s “Chega de Saudade.” Three Davis tunes – the gentle ballad “Solteras,” the delightful musical sway of “Orlando’s Walk,” a studio track loaded with hot solos, and the blistering “Havana @12” are standouts here. So is the band’s contemporary version of Dizzy’s Afro-Cuban hit. Davis is an exceptional trumpeter, and this project reinforces his standing as a top-tier conceptualist. 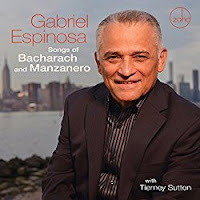 Gabriel Espinoza, Songs of Bacharach and Manzanero (Zoho)
Here’s a multi-faceted gem. Bassist-composer-arranger Gabriel Espinosa added vocal artistry to his credits on this celebration of the music of Burt Bacharach and Mexican composer Armando Manzanero. Espinosa grew up listening to Manzanero’s music in the Yucutan and found those songs have become a part of him. He arranged all of the material here, sings the five Manzanero tunes and brought in singer Tierney Sutton to perform the five alternating Bacharach tunes.

Gems include Manzanero’s very popular “Esta Tarde Vi Llover,” (“Yesterday I Heard the Rain”), which Tony Bennett recorded in 1968 and a hit for Vikki Carr a year later, and “Somos Novios” (“It’s Impossible”). The latter is a showcase for trumpeter Jim Seeley, while Hendrik Meurkens’ exquisite harmonica playing is the mood-setter for “Como Yo Te Ame” and “Alfie.” Sutton explores five Bacharach hits with her own musical care and sensibility, not emulating the original hit interpretations by Karen Carpenter, B.J. Thomas and Dionne Warwick. Her take on “What the World Needs Now” is exquisite. Other collaborators here include pianist Misha Tsiganov and drummer Maricio Zottarelli. What a fine bi-lingual way to honor two of North America’s finest composers. 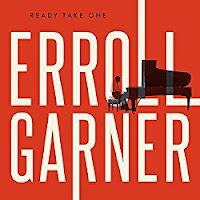 Erroll Garner, ReadyTake One (Octave/Legacy)
The late Erroll Garner was one of the truly compleat pianists in jazz – blending formidable technique, great swing and wonderful melodic invention into a sound all his own. This new release includes previously unreleased material from seven recording sessions in Chicago in 1967, and New York in 1969 and 1971 by Garner’s regular touring quartet. The 14 tracks include six previously unreleased Garner compositions. Those originals include “High Wire,” “Wild Music,” “Back to You,” “Chase Me,” “Latin Digs” and a blues called “Down Wylie Avenue.” He played a lot of these in clubs in the late 1960s and early ‘70s, but never recorded them until these newly discovered sessions. Interpretations of eight wide-ranging jazz and pop standards include stunning explorations of “Stella By Starlight” and Garner’s own tune “Misty.” This version of “Misty,” which closes the project, was recorded in Paris in 1969. It refreshes an anthemic tune that Garner performed at virtually every concert.
Posted by Ken Franckling at 1:14 PM