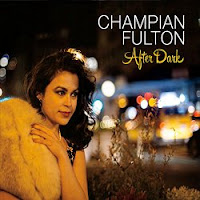 Oklahoma-born, New York-based pianist and singer Champian Fulton tips a mighty hat on this CD to her biggest jazz vocal hero, the late Dinah Washington. Ten of the tunes on After Dark are from the Washington songbook. Fulton’s sweet vocals and bluesy piano style are backed here by bassist David Williams and drummer Lewis Nash, with her father, trumpeter Stephen Fulton, joining on four tracks. Gems include “Ain’t Misbehavin,” “A Bad Case of the Blues,” “Baby Won’t You Please Come Home” and Fulton’s original “Midnight Stroll,” a solo piano piece deeply influenced by fellow Oklahoman Jay McShann. Fulton honors Washington’s legacy here in a way that also spotlights her own formidable skills. 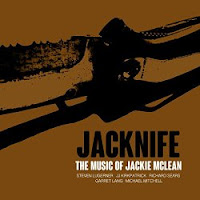 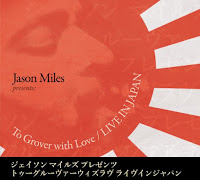 Perhaps more than any other musician of his day, saxophonist Grover Washington Jr. created an instrumental crossover sound blending straight-ahead jazz with the energy and soul of R&B. He had a sound all his own, and keyboardist Jason Miles pulled together a band to honor that legacy in live performance. This session, recorded at the Blue Note jazz club in Tokyo in June 2010, dug into material from a 1997 Washington performance at New York’s Paramount Theater. 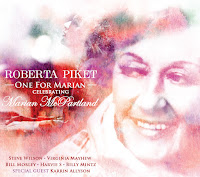 Marian McPartland was best known as a jazz pianist and longtime broadcaster, hosting the classic public radio program Piano Jazz for more than 30 years. Roberta Piket wants us to pay more attention to McPartland’s legacy as a composer. Her newest CD, One for Marian, does that as Piket and her band perform McPartland material plus two original tribute tunes, the title track “One for Marian” and the elegiac “Saying Goodbye.” McPartland covers on this project include “Threnody” (written as a musical portrait of Mary Lou Williams), “Ambience,” “In the Days of Our Love” (for which Peggy Lee wrote lyrics) and “Kaleidoscope,” which became the Piano Jazz theme song. The band includes saxophonists Virginia Mayhew and Steve Wilson, trumpeter Bill Mobley, bassist Harvie S. and drummer Billy Mintz. Singer Karrin Allyson joins Piket for a duet version of “Twilight World,” a McPartland tune for which Johnny Mercer penned lyrics.
(This is a June 10 release.) 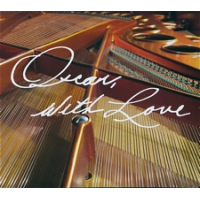 The previously unrecorded pieces included Legrand’s performance of “Dream of Me,” Oliver Jones’ take on “Celine’s Waltz,” which Oscar wrote for his daughter, and Ramsey Lewis’s exploration of the ballad “If I Love Again.” Gerald Clayton honored Peterson with his cover of Oscar’s civil rights anthem “Hymn to Freedom.” Charlap and Rosnes performed separately and also teamed on a four-hand version of “Sushi.” Favorites included Barron’s take on “Ballad for Benny Carter,” Rosnes’ version of Peterson’s “Love Ballade,” Botos’ version of Peterson’s majestic “Wheatland,” Hiromi’s zippy take on the playful “Oscar’s New Camera” and bassist Dave Young’s solo elegy, “Goodbye Old Friend.” What an ambitious project, recorded over 10 months and so beautifully delivered by Oscar’s widow, Kelly Peterson. There is much, much, much to savor. 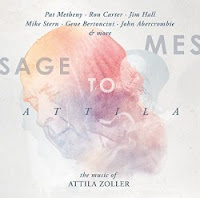 The late Attila Zoller was an important but somewhat obscure link between the American and European jazz scenes who also bridged the gap between swing jazz and the avant-garde. The guitarist, composer and educator began his career in Budapest and ended it at his Vermont Jazz Center. Guitarists and a few non-guitarists honor Zoller’s legacy by performing his compositions on this project, and six also recorded messages of what he meant to them.