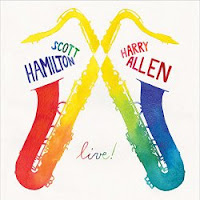 Scott Hamilton/Harry Allen, Live! (GAC)
Harry Allen and Scott Hamilton earn their bread and butter – and have built solid reputations – over many decades as two of the finest swing tenor saxophonists around. But both are quite capable of friskier playing. This CD, recorded live in February 2014 at the Kuumbwa Jazz Center in Santa Cruz CA, is a gem of a tenor battle. They are supported by pianist Rossano Sportiello, bassist Paul Keller and drummer Leon Joyce Jr. The highlight is the closer, Hamilton and Allen’s 15-minute version of Gene Ammons’ and Sonny Stitt’s hard-driving “Blues up and Down.” How appropriate to tip their hat to the men who arguably set the bar for this kind of two-tenor performance. This is one to savor. 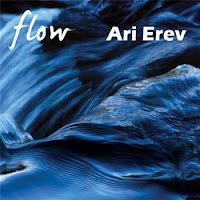 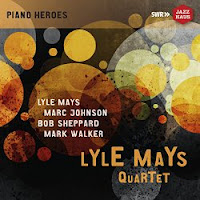 We've heard little from or about pianist/keyboardist Lyle Mays since guitarist Pat Metheny suspended his longstanding Pat Metheny Group six years ago to pursue a variety of other projects. He had been Metheny’s musical alter ego since 1977. That history, and Mays’ departure from the radar screen, makes this project so special. This features Mays’ acoustic quartet live in concert at the Scala jazz club in Ludwigsburg, Germany in November 1993. The band that fine night included saxophonist Bob Sheppard, bassist Marc Johnson and drummer Mark Walker.

The two-CD set includes eight Mays originals plus “Au Lait” a tune co-written with Metheny. Highlights: The opener, “Fictionary,” a 24-minute gem that begins with an extended piano solo before the band adds more exuberance, the edgy “Either Ornette,” the pensive ”Lincoln Reviews His Notes,” the spirited “August” and “Are We There Yet?” The latter tune features the rhythmic undercurrent reminiscent of so many great tunes from the PMG repertoire. It’s a rare thing to hear Mays playing acoustic piano. That makes this set even more special. 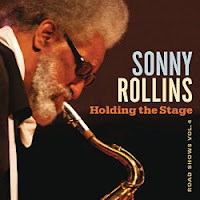 Sonny Rollins, Holding the Stage: Road Shows Vol. 4 (Doxy/OKeh)
Tenor sax titan Sonny Rollins has always preferred the energy and musical tightrope afforded by a live performance to the sterile confines of a recording studio. That viewpoint has much to do with the success of his series of Road Shows recordings. The newest one, Holding the Stage: Road Shows Vol. 4, documents Rollins in a wide array of band configurations and in an extended time span – one track from 1979 at Finland’s Pori Jazz Festival to a pair from a 2012 European tour. One track, recorded four years ago in Prague, is a two-minute duet by Rollins and guitarist Saul Rubin on “Mixed Emotions.” It was the only time Rollins has performed the ballad. Most Rollins tunes feature him riding strong over his band’s rhythmic cushion. How unusual to hear an intimate musical dialogue - on what's likely the briefest track he’s ever recorded.

The gems here are from his September 15, 2001 concert at the Berklee Performance Center in Boston, just four days after terrorists destroyed New York’s World Trade Towers. Rollins’ Grammy-winning Milestone album Without a Song: The 9/11 Concert, documented most of the emotional performance. The pieces here, which didn’t fit on his Without a Song CD, include “You’re Mine You,” which Rollins had never recorded previously, and the incredible closer: a 23-minute medley that closed concert. “Sweet Leilani” led into a five-minute unaccompanied solo, touching on many facets of Rollins' extensive songbook, that was a bridge to the band’s 11-minute take on “Don’t Stop the Carnival.” What a masterpiece.
Posted by Ken Franckling at 11:53 AM