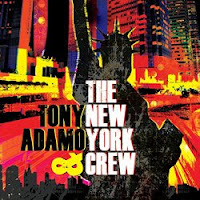 There are many people who play and sing within the jazz tradition today, but there are few real hipsters. Count vocalist Tony Adamo among the truly hip. He uses his music and words delivered in what he calls “vocal hipspokenword” to tell Kerouac-style stories that deliver portraits of the jazz scene, some of its giants and a few characters and players we get to know better through his art. Adamo has an all-star support team here, including drummer Mike Clark, bassist Richie Goods, alto saxophonist Donald Harrison, trumpeter Tim Ouimette, percussionist Bill Summers and pianist Michael Wolff, with drummer Lenny White and guitarist Jean Santalis joining on one track apiece. Favorites: “Gale Blowin High” (an aural portrait of trumpeter Eddie Gale), an Eddie Harris ode on “Listen Here Listen Up” and an Art Blakey tribute called “Messengers Burnin.” Dig its hip musicality. 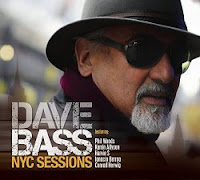 Pianist Dave Bass makes for an interesting jazz story. And he makes terrific jazz. He started out as a musician until a broken wrist – and some doubt he’d ever play again – sent him to law school and a career ass a deputy attorney general in California. He started playing seriously again a decade ago. NYC Sessions is his second CD as a leader. He teamed up with alto sax veteran Phil Woods, bassist Harvie S, a variety of Latin players and singers Karrin Allyson and Paulette McWilliams. My favorites are the leader’s “Lost Valentine” (featuring Allyson) his clever medley of Cuban master Ernesto Lecuona’s “La Comparsa” and his own “Mi Montuno,” and another Latin original, “Baltic Bolero.” All four vocal features show Bass is a fine lyricist as well as composer. 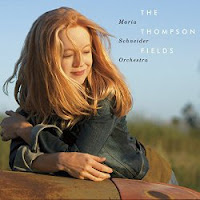 Maria Schneider Orchestra, TheThompson Fields (artistShare)
It’s been eight long years since bandleader Maria Schneider has released a new jazz project. Not that she hasn’t been busy. Last years, she collected three Grammy Awards for her classical album Winter Morning Walks. Her new jazz release, The Thompson Fields, may be her finest triumph in a stellar career as a jazz orchestra leader, composer/arranger and conceptualist. No one in jazz today, or at least in big band jazz, writes in such evocative fashion.

This project was inspired by the love for her prairie home of her childhood in southwest Minnesota. The title track was inspired by multi-generation farm near her home in Windom MN. She captures its strength and its beauty. There are three clear favorites here, tough choices on a CD where all eight tracks are gems. The title track, a showcase for pianist Frank Kimbrough and guitarist Lage Lund; “The Monarch and the Milkweed,” which features exquisite solos by Marshal Gilkes on trombone and Greg Gisbert on fluegelhorn; and “A Potter’s Song,’ which features Gary Versace on accordion. The latter track was written for trumpeter Laurie Frink, who died in 2013. Frink, who had played on every previous Schneider jazz project, was also a very fine ceramicist. Five stars - and then some. 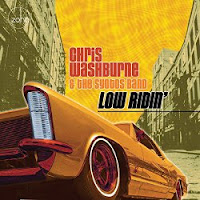 Chris Washburne & The SYOTOS Band, Low Ridin’ (Zoho)
The evolution continues for trombonist Chris Washburne’s Latin jazz band, SYOTOS (an acronym for “See You On The Other Side”). Now in its 24th year, the band is using this project to push the Latin jazz genre to what Washburne calls “acid mambo.” This CD puts a variety of Latin rhythms to classic 1970s rock tunes he grew up with. They include the Joe Cocker hit “Feelin’ Alright,” WAR’s “Low Rider,” Neil Young’s “Ohio” and “Sugar Mountain,” and Lou Reed’s “Walk on the Wild Side,” among others. One clever gem: a bolero-cha version of Led Zeppelin’s “Stairway to Heaven” is mashed up with Duke Ellington’s 1968 sacred music hymn “Heaven.” Few bands could pull this off. SYOTOS does it well. 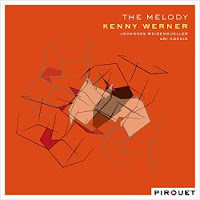 Pianist Kenny Werner’s newest CD, The Melody, celebrates the essence of the jazz trio at its highest level. He’s been working with bassist Johannes Weidenmüller and drummer Ari Hoenig for 16 years and that familiarity results in terrific musical conversations that are never static or mundane. Quite the contrary. They find new facets to explore in three covers (the pop song “Try to Remember” from The Fantasticks,  Dave Brubeeck’s lush ballad “In Your Own Sweet Way” and John Coltrane’s “26-2” plus four Werner originals.Favorites: their versions of the Brubeck tune, and Werner’s gorgeous “Beauty Secrets.” Instinctive musicality, a dash of whimsy and constant creativity rule here.
Posted by Ken Franckling at 12:26 PM