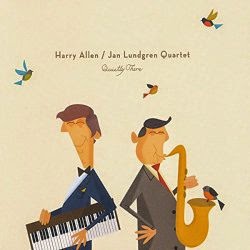 This is a gem, pairing one of today’s versatile swing tenor players with a Scandanavian trio led by Swedish pianist Jan Lundgren. The other fine bandmates are bassist Hans Backenroth and drummer Kristian Leth. Together on this project, recorded last July in Copenhagen, they dig deeply into the Johnny Mandel songbook. In that regard, the project is very similar to Zoot Sims’ 1984 CD Quietly There, which was one of the tenor player’s final sessions. Allen & Co. dig into nine Mandel tunes, ranging from the wistful ballad “Emily” to the Brazilian lilt of “Cinnamon and Clove” and the playful “Suicide is Painless” (better known as the Theme from TV’s “M*A*S*H” series). Lundgren’s intro to “Just a Child is exquisite, setting up Allen’s conversational solo. This beautiful project is a vivid reminder of Mandel’s indelible impact on pop music and jazz. Every one of the nine tracks is something to savor. 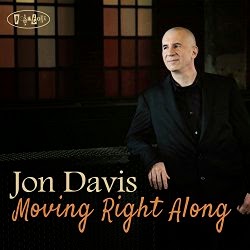 New York-based pianist Jon Davis has an adventurous CD in his second Posi-Tone project, Moving Right Along. Favorites include his original, “Beauty and the Blues,” and his interesting interpretations of John Coltrane’s “Moment’s Notice” and the Beatles (Lennon/McCartney) classic “She’s Leaving Home.” The blend of originals and covers also includes “Portrait of Tracy” and “Dania,” which were written by his 1980s boss, Jaco Pastorius. Davis has fine support throughout from bassist Yasushi Nakamura and drummer Shinnosuke Takahashi. 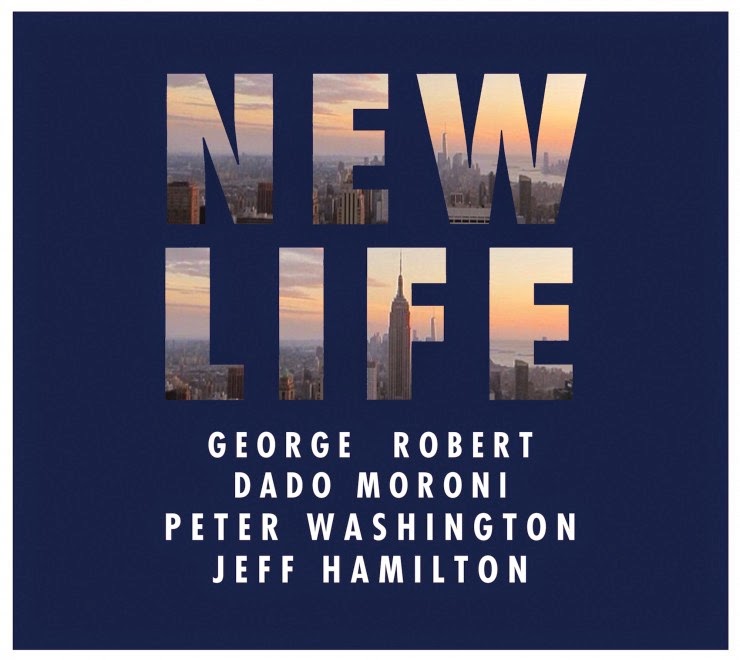 The Swiss alto saxophonist George Robert recorded this session during two-nights of a 10-night, 10-concert Swiss tour with three other jazz heavyweights: pianist Dado Moroni, bassist Peter Washington and drummer Jeff Hamilton. Robert released it simultaneously with another fine CD Coming Home, a duo project with longtime collaborator Kenny Barron at the piano.. But the intensity of Robert’s live performance in the quartet format rises to a higher level. The lone track from Ascona, the mightily swinging “Blue Ray,” is a composition that Robert wrote for late bassist Ray Brown. It’s a natural for this session, as all four players worked with Brown in some way at various points in their careers. The rest of the CD was recorded five nights later in Zurich. Other favorites: his Cannonball Adderley tribute “Cannonball,” the Pink-Panther films-inspired “Clouseau” and “Hammer’s Tones,” a burner he wrote for Hamilton. 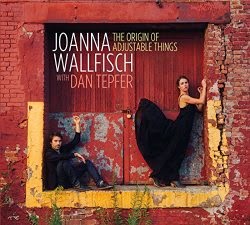 Singer and poetic songwriter Joanna Wallfisch is a breath of fresh air on the jazz scene, and on this second CD reveals her considerable talents in a most intimate duo format. The Origin of Adjustable Things pairs Wallfisch’s vocals with the piano improvisations of Dan Tepfer, whose jazz comet is also on the rise as a member of saxophonist Lee Konitz’s quartet. Tepfer complements Wallfisch’s vocals on piano, Wurlitzer, Mellotron and pump organ. Wallfisch’s effects include live-looped vocal harmonies as she and Tepfer course through a dozen tunes, eight of them written by the singer. Favorites: her own “Satin Grey” and “This is How You Make Me Feel,” and their covers of Tim Buckley’s “Song to a Siren,” Radiohead’s “Creep” and an astonishing version of “Wild is the Wind.” This is a March 3 release
Posted by Ken Franckling at 8:46 AM