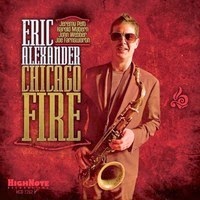 Tenor saxophonist Eric Alexander has done a lot of fine work since hitting the jazz scene in the early 1990s, much of it with highly regarded collaborative bands. On this one, he takes a more aggressive performance role as he pays homage to the Chicago jazz scene, where he spent his first couple of years as a pro before moving to the Big Apple. Longtime band mates Harold Mabern (piano), John Webber (bass) and Joe Farnsworth (drums) join the fun as Alexander pays tribute to the Windy City tenor greats Gene Ammons, Von Freeman, Johnny Griffin, Eddie Harris and Sonny Stitt,. Trumpeter Jeremy Pelt is an ideal foil for Alexander on his three guest tracks. Favorites: “Save Your Love For Me,” “Don’t Take Your Love From Me,” and Mabern’s ”The Bee Hive” and “Mr. Stitt.” This is one of Alexander’s finest CDs. 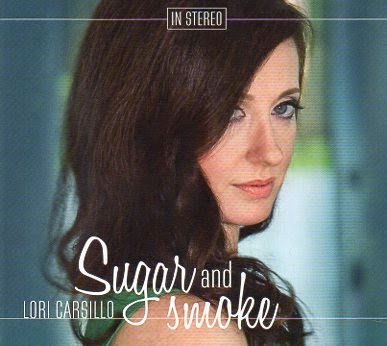 Lori Carsillo, Sugar & Smoke (Tru Blu Lu)
San Francisco-based singer Lori Carsillo has a voice that grows on you. Soft and wistful, frisky and teasing, it’s a vocal version of the “Cinnamon and Clove” of which she sings on the opening track, a Johnny Mandel tune (with lyrics by Alan and Marilyn Bergman) that was a hit for Sérgio Mendes back in 1967. Carsillo and her band, highlighted by pianist Adam Shulman, guitartist Jay Stapleton and saxophonist Riley Bandy, explore a dozen such jazz gems. Be sure to dig their take on “The Thrill is Gone,” which transforms the bluest standard into an uptempo jazz waltz. At times, you’ll hear a bit of Blossom Dearie and Julie London influences, such as Carsillo’s teasing, London-associated “Nice Girls Don’t Stay for Breakfast.” This is a June 3 release. 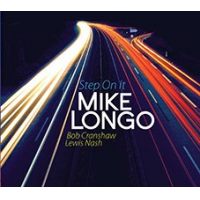 Pianist Mike Longo, who was Dizzy Gillespie’s music director from 1966-1973, is a wide-ranging player in a variety of band formats. But the trio is where he sounds most at home, and what a trio it is. This is the third trio session by Longo, bassist Bob Cranshaw and drummer Lewis Nash. “Step On It” explores a variety of jazz standards, plus one Longo original – the title track. In every case, the band takes a fresh approach to the material, whether it be John Coltrane’s “Impressions,” the Ahmad Jamal-associated “Poinciana,” Joe Henderson’s “Black Narcissus” or Herbie Hancock’s “Cantaloupe Island.” They also recast three Wayne Shorter classics: “Nefertiti,” “Ana Maria” and “Black Nile.” This is a superb CD, revealing the art of the jazz trio at its finest. 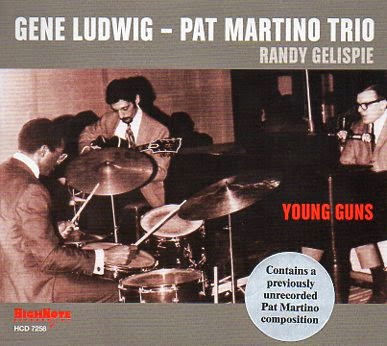 Organ player Gene Ludwig and guitarist Pat Martino co-led this trio, which was together only two years in the late 1960s. With Ludwig’s longtime drummer, Randy Gelispie, the band took a ferocious approach to the organ trio format. Martino was just 23 and at an early stage in his career when this session was recorded in 1968 at the 118 Club in Lexington KY. The clear highlight is the closing track, a previously unreleased Martino original called “Colossus” that stretches nearly 12 minutes. Its energy and blistering musicianship are exhilarating to say the least. This CD is not-to-be-missed for B-3 organ fans or lovers of Pat Martin’s way with a guitar.

Posted by Ken Franckling at 3:48 PM