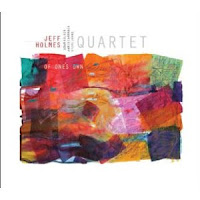 This is a dandy. Pianist, trumpeter, composer and arranger sticks to the keyboard on this session, which teams him with reed player Adam Kolker, bassist James Cammack and drummer Steve Johns. There is much to savor here among the five originals and four covers as arranged by Holmes and performed with great cohesiveness and spirit by the ensemble. Favorites: Holmes’ “Rose on Driftwood” and their thoughtful take on the classic “Poinciana,” which was written by Nat Simon but is better known as the signature tune of Cammack’s (former) longtime boss, Ahmad Jamal. Kolker shines on tenor sax and bass clarinet throughout the session. 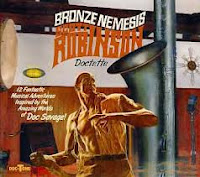 Jazz doesn’t always swing, but it should always make you think – and sometimes think back. Such is the case with the latest CD by saxophonist Scott Robinson. The music was inspired by the titles of Doc Savage pulp fiction stories from the 1930s and 1940s that Robinson loved as a kid. The Man of Bronze was a prolific inventor, superhero – and the archenemy of evil in the world. The project is otherworldly at times as the band explores a dozen Robinson compositions with traditional jazz instrumentation augmented by the leader’s saxophone collection (ranging from mezzo-soprano to a giant contrabass sax) plus bells, cymbals, gongs, Hammond organ, a wind machine and Moog theremins. The players include pianist Ted Rosenthal, Pat O’Leary and the late Dennis Irwin on bass, Dennis Mackrel on drums and Randy Sandke on trumpet. The music, which does swing mightily at times, is intriguing. And the project, 10 years in the making, underscores the fact that that inspiration can come from any source. It prompted me to carefully retrieve a copy of Doc’s “Devil on the Moon” from 1938 - a treasured gift from my brother-in-law - and peruse its brittle pages with care. 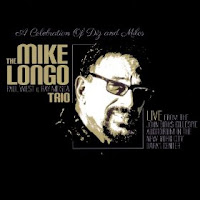 Pianist Mike Longo’s latest live trio recording is a hornless exploration of music by two of the greatest horn players in jazz. The trio format, with Paul West on bass and Ray Mosca on drums, enabled Longo to dig deep and improvise extensively on 11 tunes (five classics written by his longtime boss Gillespie, four by Davis plus two standards that became recorded classics for Davis (“Summertime” and “You Don’t Know What Love Is”). The CD was recorded in January 2012 at the Baha’i Center’s John Birks Gillespie Auditorium. Longo showed up merely with a list of tunes, and the creative twists and turns that the band took were done on the fly. Tops: their takes on Davis’s “All Blues” and “So What” and Gillespie’s “Con Alma” and “A Night in Tunisia.” Gillespie used to encourage Longo to dig deeply into his solos. And dig he does, with great support.


Ed Cherry, It's All Good 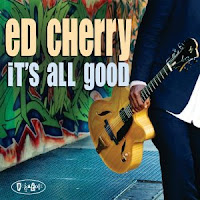 Another Gillespie band alum, guitarist Ed Cherry, feels right at home in the organ trio format. Through the years, he’s worked with Jared Gold, John Patton and Jimmy Smith. For this session, he teams with B-3 ace Pat Bianchi and drummer Byron Landham. Cherry is a beautifully melodic player, as showcased throughout. There’s a wide range of jazz standard fare here (Kenny Burrell, Duke Ellington, Bill Evans, Herbie Hancock, Thelonious Monk, Duke Pearson and Wayne Shorter tunes), each done well. Cherry’s own burners, “Mogadishu” and “Something for Charlie,” also delight. If you’re an unabashed B-3 fan, this is one to check out. It’s a keeper. 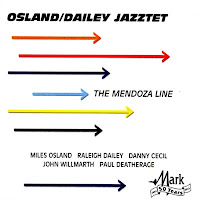 On its 2009 debut, Evidence, the Louisville-based quartet explored an equal mix of tunes written by others (Carla Bley, Ron Carter, Keith Jarrett, Thelonious Monk) and by pianist/composer Raleigh Dailey. This time around, all material is by the versatile Dailey. All of the players are current or ex University of Kentucky faculty members. They include saxophonist Miles Osland, Dailey in keyboards, Danny Cecil on bass and John Willmarth and Paul Deatherage on drums. Deatherage took over the drum stool when Willmarth moved from Kentucky to Texas.