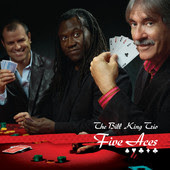 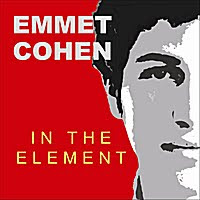 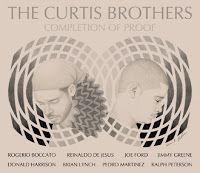 ry much dig this second recording co-led by bassist Luques and pianist Zaccai Curtis. The Connecticut natives developed musically in the Jackie McLean-led Artists Collective in Hartford. While studying at different music schools in Boston, they got their first significant exposure as sidemen to Donald Harrison and Ralph Peterson. This project features the Curtis brothers with trumpeter Brian Lynch and drummer Peterson on all tracks, with saxophonists Harrison, Jimmy Greene and Joe Ford, and percussionists Pedro Martinez, Rogerio Boccato and Reinaldo De Jesus joining on select tracks embued with an Afro-Latin vibe. Zaccai Curtis wrote all of the music here, much of it inspired by events and trends in the world. You can dig into that as further appreciation, or just dig the hard-driving musicality on this self-produced CD for its emotional excellence. And it swings like crazy.
Posted by Ken Franckling at 8:09 PM