Geaux Saints, with a trumpeter’s fanfare

Once in a while, jazz and popular culture conveniently cross paths. And how fitting that it was on the sporting world’s biggest stage last weekend with the NFL’s Super Bowl XLIV festivities.

CBS’s pre-game broadcast leading up to the New Orleans Saints' gritty, stunning - and most welcome - win over the Colts 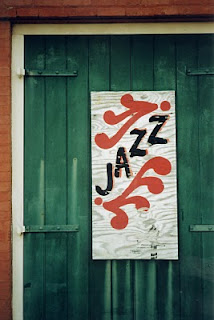 included Wynton Marsalis’s music-and-spoken word tribute to The Big Easy, and the Saints organization's perseverence through 43 years of suffering before this season.
He did a masterful job of putting the spirit of his beloved city in perspective. And today… it was live-streamed out to the jazz world and other Marsalis followers after an online conversation with the trumpeter/bandleader/Jazz at Lincoln Center Artistic Director on Ustream.
“Down on the Bayou where the mighty Mississippi kisses Lake Pontchartrain and spills into the Gulf of Mexico. There sits that jewel of the Southland. What the French lost to the British who gave it to the Spanish who lost it back to the French who sold it to America for…. Well, some folks say Jefferson conned Napoleon in a card game and won it for some jambalaya and a chicory coffee….” Read more about the ‘haints and the Saints’
here on Wynton's Web site.
Yes, the musical sage captured it perfectly… a unique city in America, a city of struggles, a team of struggles - and pride and perseverance.
Sunday’s improbable victory signaled more - and shined a spotlight back on a city that, with a new mayor-elect ready to take office, that does and will continue to persevere - and someday flourish again post-Katrina. Its spirit is undeniable and unstoppable.
The music hasn’t lost a beat… as it provides the essential rhythm. So how fitting that Mardi Gras began nine days early this year. How uplifting for New Orleans, its team, its residents and its longtime admirers and visitors.
Posted by Ken Franckling at 8:26 PM