On the plus side…

After all of the angst and financial mess following the Festival Productions-Festival Network LLC transaction nearly three years ago, one positive has emerged. Ben Ratliff had the details this month in the New York Times in his article Historic Sounds of Newport, Newly Online.

Before Festival Network essentially collapsed from its self-inflicted financial woes, the short-lived new ownership of the N 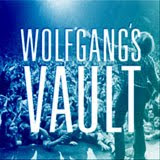 ewport Jazz Festival empire sold its audio archives to San Francisco-based Wolfgang’s Vault. It may have been its only good move while or after running George Wein’s successful production operation into the ground. Fortunately, Wein was able to resurrect that - at least for Newport and New York, where his resumes in 2010 after a one-year hiatus under the sponsorship of the health-care company CareFusion.

The audio archive sale price has not been disclosed. But after spending nearly $5 million on audio transfers and mixing, Wolfgang’s Vault (an online concert recording and rock music memorabilia archive) has begun posting free audio streams of performances from the 1959 Newport Jazz Festival.

Many of the tapes likely were made by performers’ record companies. In addition to the free audio streaming, higher quality audio of the concerts can be downloaded at costs estimated between $10 and $13.

The company says it acquired tapes of more than 1,200 individual performances dating back to at least 1955, Newport’s second year. Twenty of the Newport '59 sets are now available - and hundreds more concerts through the years will be posted in the coming months from the jazz festival as well as its companion Newport Folk Festival.

From what I’ve heard so far, the material is terrific. Count Basie’s ’59 Newport set with Joe Williams and Lambert, Hendricks and Ross is top-notch. What a great way to relive key moments in jazz history.
Posted by Ken Franckling at 6:39 PM