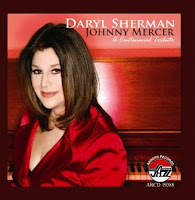 iversary of his birth. New York-based Sherman and friends explore some of the chestnuts (“I Thought About You,” “Dream,” “At the Jazz Band Ball,” Twilight World,” “Jeepers Creepers” and “”Midnight Sun”) but they also reveal quite a few lesser-known but just as excellent “sleepers,” such as I’m Shadowing You” and “The Bathtub Ran Over Again,” which was Mercer’s first recording under his own name and hear features a vocal duet with trombonist Wycliffe Gordon. Treats: Jerry Dodgion’s alto sax accompaniment on “Little Ingenue,” Chuck Redd’s vibes support on “Midnight Sun” and Marian McPartland on piano on her classic “Twilight World” (She wrote the tune, Mercer added the lyrics).

Bill Anschell/Brent Jensen, We Couldn’t Agree More (Origin)
The duo is perhaps the most challenging format in jazz, particularly when it is just piano and sax. There’s no rhythm section for suppor 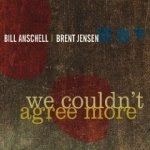 t - just a lot of seat-of-the-pants playing, intense listening and anticipating. Pianist Bill Anschell and soprano sax player Brent Jensen have the chops and intuition to pull it off. They explore new facets, usually skirting or barely implying the melody, as they reinvigorate 10 different standards (Miles Davis’s “Solar” has an alternate take). This is the jazz version of two people sharing a tightrope - beautifully in sync.

Mike Stern, Big Neighborhood (Heads Up International)
Odds are you never put subtlety in the same sentence with Mike Stern when describing his energetic brand of jazz fusion. This appr 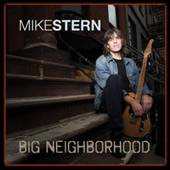 opriately named project gathers a range of guest artists from all around the musical block to tackle 11 Stern originals. Personal highlights: Stern trading walls of sound with rock guitarist Steve Vai on the opening title track and the exotic-sounding “Moroccan Roll;” the simpatico in “Reach” with Richard Bona on bass and vocals, Dave Weckl on drums, Bob Franceschini on tenor sax and Jim Beard on keyboards; and the intense fire that Medeski, Martin and Wood lay under Stern on “Check One,” a track that also features Bob Malach on tenor sax. Believe it or not, there is some subtlety - when Stern teams up with and comps behind the bass and wordless vocals of Esparanza Spalding (with Beard and drummer Terri Lyne Carrington) on “Song for Pepper.” Other guests include Texas rock guitarist Eric Johnson, trumpeter Randy Brecker, drummers Cindy Blackman and Lionel Cordew, and bassists Chris Minh Doky and Lincoln Goines. This is an August 11 release.

David Berkman Quartet, Live at Smoke (Challenge Records)
There is nothing like the extra adrenalin a band receives from playing before a live audience. This is one of those occasions when that 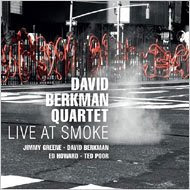 energy comes through in the live recording process. Pianist Berkman, saxophonist Jimmy Greene, bassist Ed Howard and drummer Ted Poor are at the top of their game in the cozy confines of the upper Manhattan club Smoke, where Berkman is far from a stranger. Highlights:- the slight melodic variations that he uses to power “Weird Knack” from start to finish, the strong interplay between Berkman and Greene on “Along Came Betty,” and the beauty mined from “Hidden Fondness,” an unsubtle variation on the standard “Secret Love.”
Posted by Ken Franckling at 7:59 PM