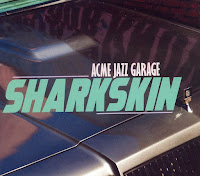 There is much to love on this second recording from Tampa FL-based Acme Jazz Garage, with support here and there from some of the quartet’s musical friends. Moods shift from tune to tune as they dig deeply into a mix of straight-ahead jazz, blues, funk and Cuban rumba – all filtered by the band’s modern sensibilities. Core band members Philip Booth (bass), Bryan Lewis (keyboards) and Matt Swenson (guitar) have been fine-tuning the band’s sound for more than a decade. Favorite tracks: the multi-faceted “Sharkskin Suit,” a showcase for Swenson’s guitar artistry and Lewis’ inventiveness at the piano; Booth’s lush “Rumba Misterioso” featuring flutist Peggy Morris; and the horn-section-fueled “Phil’s Blues Deluxe.” The band put an exuberant jam-band spin on “Nature Boy,” infusing the Booth-arranged standard with a Cuban rumba beat and a funky Hammond B-3/guitar/baritone sax cushion for Jeremy Powell’s tenor sax solo. Lewis’ re-harmonization and B-3 mastery fuel the band’s gospel-tinged exploration of Joe Zawinul’s “Mercy, Mercy, Mercy.” 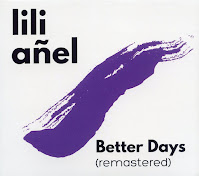 For those unfamiliar, this latest project from singer-songwriter Lili Añel is a great introduction to the depth and breadth of her music. Think Joan Armatrading, Joni Mitchell and Nina Simone rolled into one, then infuse it with her own consciousness as a woman with mixed parentage (Black and Cuban), and raised in New York’s Spanish Harlem. The original Better Days was released two years ago and pretty much got lost in the pandemic shuffle. This new version is not just remastered, but includes few more tracks. Others are updated from favorites included on four of her prior albums.

Gems include “Thin Line,” originally released on 2002’s Hi-Octane Coffee, and “The Wrong Time” (with music and lyrics by her identical twin sister Barbara) from her 1994 debut, Laughed Last (Palmetto). “Supposed to Be,” from 2009’s Every Second in Between (Wall-I), “Climb the Wall” and “Better Days” say much about the economic and social angst that so many of us are feeling. There are two fine covers: Joni Mitchell’s “Number One” and Sly Stone’s “Family Affair.” Philadelphia-based Añel doesn’t fit in one cozy genre box, as she blurs the lines between jazz, folk and intelligent adult pop. Her messages are strong and heartfelt – and her crack jazz band anchored by keyboard ace Dale Melton (grand piano, Fender Rhodes and B-3 organ) supports her well. Dig the funky New Orleans shuffle beat and exuberant horn line on “Thin Line.” 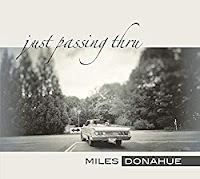 Every community has a few musicians who, by happenstance or choice, have flown under the national jazz radar, never touring outside their region but enhancing the local scene with their musical gifts. Such can be said for Massachusetts-based saxophonist and composer Miles Donahue. Best known as a reed player, Donahue also shares his trumpet and keyboard skills on a few tracks. This latest Donahue CD includes eight varied originals plus a creative cover of the R&B classic “Killing Me Softly” that features the leader on soprano sax. His band mates here are Joe Santerre on electric bass, Larry Finn on drums, Alain Mallet on keyboards and Ricardo Monzon on percussion. Guitarist Mike Stern adds his distinctive sound to three tracks: the angular “7-9-65,” the funky “Railroaded” and “Ireland” – the leader’s clever nod to his ancestry. With its many moods and textures – and superb playing – Just Passing Thru is a creative gem from start to finish. 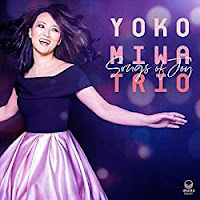 Pianist and composer Yoko Miwa managed to look beyond the dark clouds and realities of the pandemic for her inspirations on her latest trio project. Songs of Joy teams Miwa with her longtime trio mates, bassist Will Slater and drummer Scott Goulding. Bassist Brad Barrett adds arco playing on the closing track, their cover of Anne Bredon’s gorgeous folk classic, “Babe I’m Gonna Leave You.” Miwa’s originals include “Largo Desolato,” capturing the weird feel of New York City’s empty streets at the height of the pandemic, the swinging “Small Talk” and the Bill Evans-like elegance of “Inside a Dream.” She also covers Richie Havens’ “Freedom,” Monk’s “Think of One,” the Billy Preston-penned title track and Duke Jordan’s high-flying “No Problem.” Recently retired Berklee College of Music faculty colleague Tony Germain wrote one track for the project. The swinging “Tony’s Blues” showcases the inventive, conversation-like, talents of the trio.