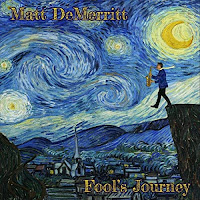 Los Angeles-based saxophonist Matt DeMerritt's recording debut as a leader is eclectic, exotic and lush. The varying musical textures on Fool’s Journey from this veteran jazz sideman stretch from Asia to South America to the musical funkiness of New Orleans. Favorite tracks are the Crescent City spirited shuffle-beat flavor of “Elixir” and his band’s takes on the three covers: Burt Bacharach’s “A House is Not a Home,” Hermeto Pascoal’s “Montreux” and Joe Henderson’s “Earth.” Standout performances by the rotation of musical supporters here include pianist Sam Barsh, trumpeter Jamelle Adisa (on “Elixir”), guitarists Fabiano Nascimento (on “Montreux”) and Josh Lopez (on “Earth”). Satnam Ramgotra’s tablas set the tone for the other-worldly exploration of “Earth.” 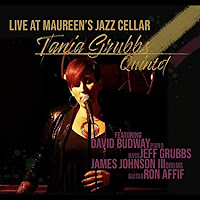 The unusual range of music is just as fascinating as the delivery on this recording featuring Pittsburgh-based singer Tania Grubbs. A smattering of jazz standards (Billy Strayhorn’s “A Flower is a Lovesome Thing,” Bird’s “Ornithology,” Horace Silver’s “Peace” and Jimmy Rowles’ “The Peacocks”) is offset by covers of Leonard Cohen’s “Bird on a Wire,” Joni Mitchell’s “Love,” and Neil Young’s “Harvest Moon,” among others.

Then there’s Grubbs’ take on Stephen Sondheim’s “I Remember” from the quirky made-for-TV musical “Evening Primrose,” which aired on ABC in 1966. On “Hope is a Thing With Feathers,” Grubbs set Emily Dickinson’s poem to her own composition. This recording was at a gig at Maureen’s Jazz Cellar, a West Nyack NY venue that is owned by session pianist David Budway and named for his late sister. The band included guitarist Ron Affif, bassist Jeff Grubbs and drummer James Johnson III. This one is a winner for underscoring that jazz is a process, not a dated swing repertoire. The band puts new jazz twists on significant material from other genres. 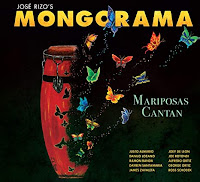 Los Angeles-based broadcaster Jose Rizo formed Mongorama nine years ago, inspired by the classic Latin jazz sound of conguero Mongo Santamaria’s early 1960s band. This is the nonet’s third recording – and it is a gem. There are two Santamaria-penned tracks (“Mongorama” and “Quindimbia”), Herbie Hancock’s “Watermelon Man” (Mongo’s version was a mega-hit), and a bit of Cal Tjader. Five tunes including the title track were co-written by Rizo and trombonist Francisco Torres, the principal arranger who also guests on the most poignant track. That one is “Descarga Ramon Banda.” It is a tribute to longtime band member Ramon Banda, a timbales player who died last year. This was his final recording. Singer James Zavaleta is featured on the title track, a love song whose name translates to “butterflies sing.”The other Mongorama members include saxophonist Justo Almario, flutist Daniel Lozano, violinist Dayren Santamaria, conguero Joey De Leon and pianist Joe Rotondi. George Ortiz succeeded Banda on timbales on half of the project. 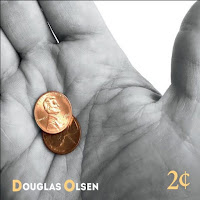 Trumpeter Doug Olsen has a winner on his debut recording as a leader. He and his band of southern New England jazz cats swing mightily in this session, which includes both hard bop and Latin jazz material. Olsen wrote six of nine tunes on 2¢. The session’s three covers are Dizzy Gillespie’s “Algo Buena” (also known as “Woody ‘n’ You”), Cuban trumpeter Gendrickson Mena Diaz’s “Miles Rumba” and the Howard McGhee-Fats Navarro twin-trumpet burner “Boperation.” Olsen’s slowed-down, Latinized version of that bop standard features the leader and Yaure Muniz on the trumpets. 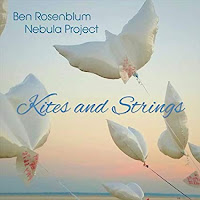 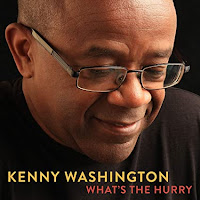 The title of Bay Area-based singer Kenny Washington’s new CD is fitting indeed. He’s 63, has been making music professionally and stunning audiences for 35 years, yet this marks his debut as a leader. He’s also a native of laid-back New Orleans. So, what’s the hurry? No need to rush things. He has honed his artful craft for four decades, and is admired for his deep respect for the lyrics and ability to put his own stamp on songs as his reputation has grown well beyond the West Coast. Favorite tracks here: his soulful take on Duke Ellington’s “I Ain’t Got Nothin’ but the Blues,” the bossa classic “No More Blues,” “Invitation,” and the finest modern-day cover of the ballad “Here’s To Life.” The latter tune was first recorded by Shirley Horn and then became a concert staple for Joe Williams. Kenny does them both justice with a fresh imprint.